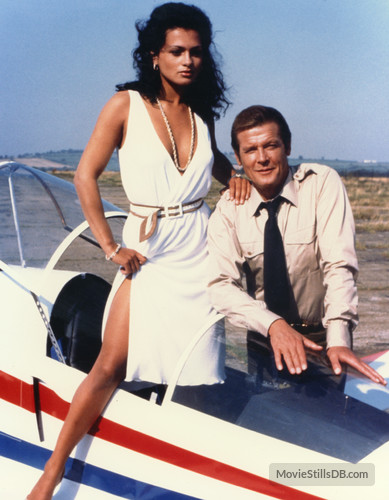 By James H. Burns: There’s a friend of mine who is convinced that I’m responsible for a sequence in a James Bond movie.

In fact, he thinks something I wrote decades ago inspired two 007 scenarios..

Although, my pal doesn’t realize he believes this…

And I’m absolutely sure it never happened!

Let me repeat that:

I don’t believe for a moment that he’s right.

Now, bear with me.

It is easy to believe that a film or television series or even book has stolen your idea, or “borrowed without permission.”

But absolutely impossible, of course, if you NEVER submitted your own story idea, anywhere…

What will simply happen, in many cases, is that when you sit down to write in a particular genre, and you are trying to come up with concepts — and with a screenplay, visuals — that haven’t been used before…  It is not unusual for two, if not more, different writers, separated even by an entire nation, or major oceans, to conceive similar premises.

My first experience with this came in the late 1980s when watching a Charles Bronson movie. 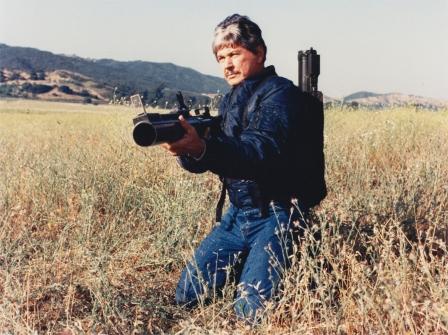 Why was I at a Charles Bronson movie that late in the game?  Well, I belonged to that generation who kept hoping that the actor would return to projects worthy of his unique celluloid presence…  (And in fact, remarkably, a few years later, Bronson would show that he could still be a terrific film actor, in a number of movies made for television, including Yes, Virginia, There Is A Santa Claus, A Family of Cops — and the earlier, Act of Vengeance, about the labor leader, Joseph “Jock”Yablonksi.)

A few years before, I had written an action sequence where the hero was walking through a dockyard in a very specific manner. There, on the screen of the multiplex, Bronson was doing exactly what I had choreographed on paper.

But no one but me, had ever seen the script fragment…

In Goldeneye, Pierce Brosnan’s first James Bond film, there is a scene where the villain’s massive secret base is revealed, towards the end of the movie, paralleling a scene I had created sixteen years earlier, in an idea for a Bond movie that actually had other similarities to this outing.  But again, I had never shown the screenplay to anyone.

The Bond writers were simply trying to tell a story, and use ideas, that were relatively new, just as I had, sitting behind my typewriter.

It’s the world of Ian Fleming’s secret agent that brings us back to the main topic of this column, because my friend, a writer/artist, has been claiming that the much earlier film, 1983’s Octopussy, ripped off a sequence he wrote and storyboarded, and showed to the film’s director, John Glen. He says that he created the film’s pre-title sequence, where Bond flies a micro-jet, in a nation clearly meant to be Cuba…  He also says his storyboards were the basis for the later 007 aerial dogfight, in the opening of Pierce Brosnan’s second Bond effort, Tomorrow Never Dies.

The gentleman claims the films stole his work, when he would have been more than happy with a simple acknowledgement at the end of the picture…

There are only a couple of problems with my friend’s assertion.

Those of us who knew him throughout the early 1980s, knew that he had certainly never been shy.  In fact, he was always rather boisterous!

But anything is possible…  I called a few mutual friends, to see if I had misremembered something. Everyone had the same reaction:  If our friend had felt wronged in 1983, he would have been telling everyone.

And as best any of us could recall, he never mentioned the alleged Octopussy incident at the time.

Also, the 007 filmmakers had always been rather astute with making sure they didn’t mistakenly purloin someone’s concepts. (By 1980, there were tales — perhaps apocryphal — of Bond producers Harry Saltzman and Albert “Cubby” Broccoli (and later, starting with The Spy Who Loved Me, Broccoli on his own) buying entire screenplays, so that they could have one idea in it which they liked.

If the Bond team had wanted my acquaintance’s ideas, it would have been the simplest thing in the world for them, to write a check, with great appreciation.

That his proposal for a pre-credits sequence could have been in the studio’s London files, but the cover letter had been lost… And the producers had no idea who had created it.

(It should be pointed out that at various times, Broccoli and company would keep ideas for lengthy action sequences on hand, to see if they could be used in future movies. Moonraker‘s museum fight, for example, was originally planned for The Spy Who Loved Me.)

There’s one final wrinkle to all this: confusion, from the would-be Bond chronicler, now in his sixties:

For years now, he’s admitted that his memory is not nearly what it once was, by far…

But his insistence on The Octopussy and Tomorrow Never Dies aerial sequences being based on his scripted storyboard has only grow stronger, with, of course, absolutely no hard evidence.

In my own life, I have only known John Glen, the Bond movies director of the 1980s, to be a complete gentleman, making up with class whatever attributes he may have lacked, behind the camera. 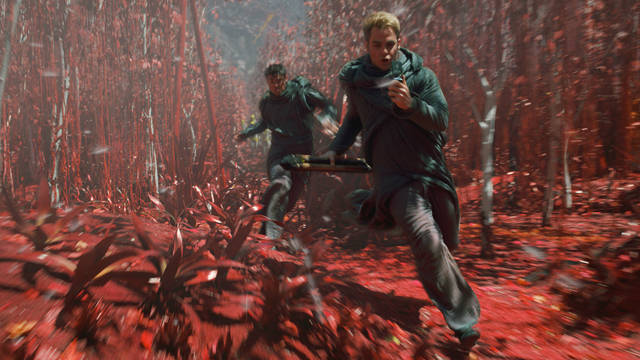 I suppose that when watching a film or TV show where something you once noodled comes to life, you can sit there in great frustration, or take joy in seeing something that you once thought of, gaining  reality between the frames. (One of the reasons I so much liked part of the opening to Star Trek: Into Darkness, was that I had envisioned the jungle chase sequence, over twenty-five years ago!  It was fun seeing the alien pursuit, in all its three-dimensional glory!)

In truth, however, I may secretly hope that my old friend is right in his assertions.

For something else he may not recall.

Way back in 1979, I began writing what I thought could make a pretty nifty Man From U.N.C.L.E.  reunion movie. But even as I wrote it, I knew the chances of it ever being made were slim. Every writer knows, or should, that it is beyond a long shot to sell a script featuring characters owned by other people:  If they want to do a story, usually, of course, they’ll hire their own writers.  All of these screenplay ideas I refer to here, were noodled when I was in my late teens, or early twenties. Although I certainly should have known better!

There was a pretty swell sequence in what I was calling The “Men” From U.N.C.L.E. that would have been relatively unique for the time. Napoleon Solo, U.N.C.L.E.‘s hero, another gentleman spy, finds himself in a super modern jet fighter, engaging the enemy in a massive air battle. (He even jokes about Luke Skywalker at some point….)

I discussed this sequence at length, on a few occasions, with my pal–

So if, in fact, he submitted a JAMES BOND airplane sequence, he was clearly, ahem, inspired by the work I wrote, and which he read at one point.

At the time, he might actually have asked me if I minded if he used the idea of an “espionage movie” dog fight. Since I believed — then as now — that such a sequence was a celluloid inevitability,  I may well have said, “Sure.  Go ahead!”

But if my friend, in fact, is right about all of this…

Then the guy who got his work accidentally adapted to screen —

Or both of us.

…Not, again, that I believe any of it, even for a New York minute!

(You’ll find that these pre-credit sequences are terrific, even dubbed into other languages!)

1 thought on “Writers, and the Script Not Taken”