By Kathleen Baldwin: Do you see magic?

I suppose this is a little like asking if you see dead people. A risky question. I mean if there’s a shrink nearby I might be jeopardizing my career just for posing the question. The thing is, I know some perfectly sane people who claim to have seen . . . dare I say it . . . dead people . . . and/or ghosts. So, I suppose it’s possible that some people do. They can’t all be lying, right? Which means there might be some people who see magic in their world. Do you?

A stickler for definitions might qualify the question. “What do you mean by magic?” 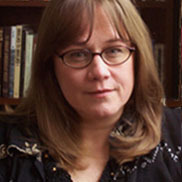 Yeah, that’s a bit of a sticky wicket, isn’t it.

What is magic, exactly?

Merriam-Webster’s Collegiate Dictionary defines magic a number of ways. The clearest definition is this one: Magic is an extraordinary power or influence seemingly from a supernatural source.

Extraordinary powers would be super cool. Yes, please. Where’s my supernatural source so I can slap down a twenty and amp up with some magic powers.

What? Not that easy. Bummer.

So, here’s another idea to mull over. Suppose I send you back in time to the caveman days and you just happen to have a flashlight tucked in your coat pocket. The first time you stand on a rock outcropping and shine that baby out over the clan of the cave dwellers, guess what? You’ll either get a spear chucked through the middle of your chest, or the clan will carry you around on their shoulders chanting and present you with the cutest Paleolithic chick in camp as an offering. Because, dude, you’ll be magic. You’ll have extraordinary power from a seemingly supernatural source.

Until your batteries die.

We all love magic. No, wait! I’m going to suggest that it goes deeper than that. We humans crave magic. We desire fantasy. We thirst for the supernatural. Why? Personally, I think it’s in our DNA, this yearning for the extraordinary. 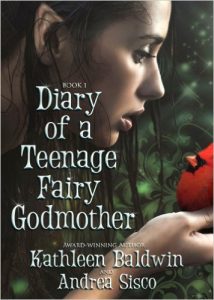 My first YA novel, Diary of a Teenage Fairy Godmother, was unabashedly about magic and fantasy. The title left little doubt in anyone’s mind. Obviously, fairies use magic and so everyone knows there will be a healthy dose of fantasy in the plot.

My Stranje House novels are a different matter. The first book is titled A School for Unusual Girls and the upcoming book is Exile for Dreamers (it comes out May 24th). Hhmm, unusual girls, does that mean there will be magic, or won’t there?

Some of my readers see magic in the books, others feel it’s lurking just a shadow’s length away.

Before I give you a definitive answer, let me explain . . .

My journey to the Stranje House novels came by way of the Diary of a Teenage Fairy Godmother. While writing that novel I kept appreciating the humans in the story, even more than the magical characters. It’s set in a small contemporary Texas town and every time the humans were able to accomplish something above and beyond the norm, that’s when I felt like cheering the loudest. I agree with Lilliana when she discovers, “Humans have a magic of their own.”

So, in the Stranje House novels I decided to create characters that feel real, and yet accomplish extraordinary feats. And isn’t that magic?

The Regency era was the perfect setting for it. If someone called a young lady in England’s high society extraordinary, that was considered a slur, a nasty insult. A School for Unusual Girls is about a handful of gifted girls who didn’t fit into Regency England’s rigid high society – and a shrewd headmistress who is turning these extraordinary young ladies into spies in the war against Napoleon. Exile for Dreamers is told by one of these unusual young ladies, who struggles with prophetic dreams. So yes, there is magic, because these girls perform some extraordinary feats and their powers come from an unexplainable source. The invincible human spirit.

So, yeah, if you ask me the question, “Do you see magic?” My answer is yes. Every time one of you uses your unique gifts to do something extraordinary, I see magic.

Refuge for Masterminds by Kathleen Baldwin

Lady Jane Moore has a secret. A secret that must be kept buried. For if anyone discovered the truth, her life at Stranje House would crumble. And with Napoleon Bonaparte’s invasion of England underway, everyone at Stranje House is already in danger. Mortal danger.

Jane knows it. She may not be like Tess, who has the advantage of prophetic dreams. Nor is she like Sera, who notices every detail no matter how miniscule and draws conclusions based on the smallest thread of evidence. She doesn’t possess Maya’s ability to soothe the tempers around her with a few well-spoken words. Neither is she a brilliant scientist like Georgie. According to Miss Stranje, Lady Jane Moore is a mastermind.

Jane doesn’t consider herself a mastermind. Quite the contrary, she believes herself to be an ordinary young lady. It’s just that she has a rather excessive bent toward the practical. She tends to grasp the facts of a situation quickly, and by so doing, she’s able to devise and implement a sensible course of action. But that’s all there is to it. Well, there is the fact that she also organizes the players in her plans with quiet efficiency. So much so, that occasionally Lady Jane’s friends tease her for being a bit managing.

Do they expect her to sit back and do nothing when trouble is brewing? Not likely. Not when the people she cares about are at risk. Call it being a mastermind if you must, it is a trait that comes in rather handy in a world full of spies, sabotage, and double-dealing. Especially now that Lady Jane and Sera have rooted out the truth: There is a traitor at Stranje House.

Someone is sneaking information to Lady Daneska and Ghost, Napoleon’s spies. Jane is determined to find out who it is before the bonds of friendship at Stranje House are ripped apart by suspicions. Her desperate hunt for the traitor ensnares Robert Fulton’s nephew, Alexander Sinclair, a brash American inventor, in an ambush that puts his life in danger. Sinclair may well be the most maddening man in all of Christendom, a wicked-tongued rascal with boorish manners, but for some reason, Lady Jane cannot bear the thought of the golden-haired genius being harmed.

Is Jane enough of a mastermind to save Alexander, her friends at Stranje House, and possibly England itself?

1 thought on “Writing Magic into a Mundane World, by Kathleen Baldwin”