Fifty years ago when it was fashionable to photograph big high school classes with a panoramic camera – which traversed the student body in one long exposure and yielded a very long print – it also was fashionable for class clowns to pose at one extreme of the line then sprint to the other end in order to appear in the picture twice.

Last April, when Higgins discovered a Google Street View mapping car was in the vicinity he pulled out his own camera and began stalking it through his neighborhood. He also lurked about in his red sedan along the route the Google car was taking. 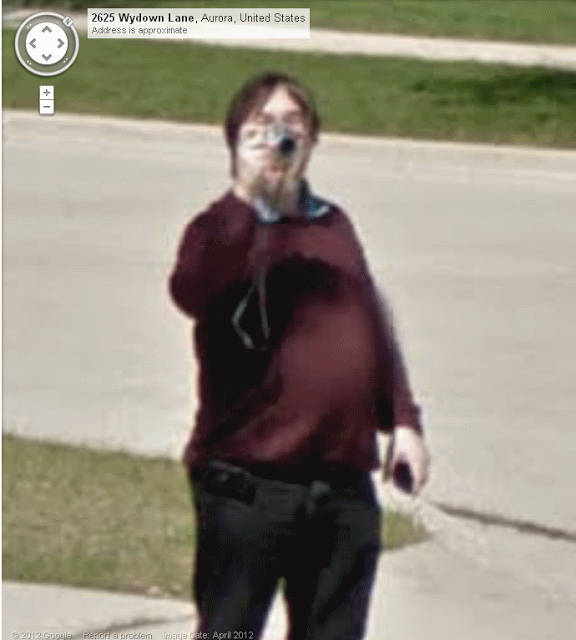 Bill and/or his car showed up in Street View shots at 16 different addresses. He even appeared standing on the corner by his house —

It’s been pointed out that, since I have a camera in front of my face, Google’s “recognize a face and blur it” software may have left me alone. Not that I mind, being vain and all.

You can still see screen captures of Bill in Street View at his blog (click link above). However, Google obviously felt its digital leg being pulled because they’ve now rephotographed all the streets. Same houses. Same trees. No more Bill.

As they say, all glory is fleeting.