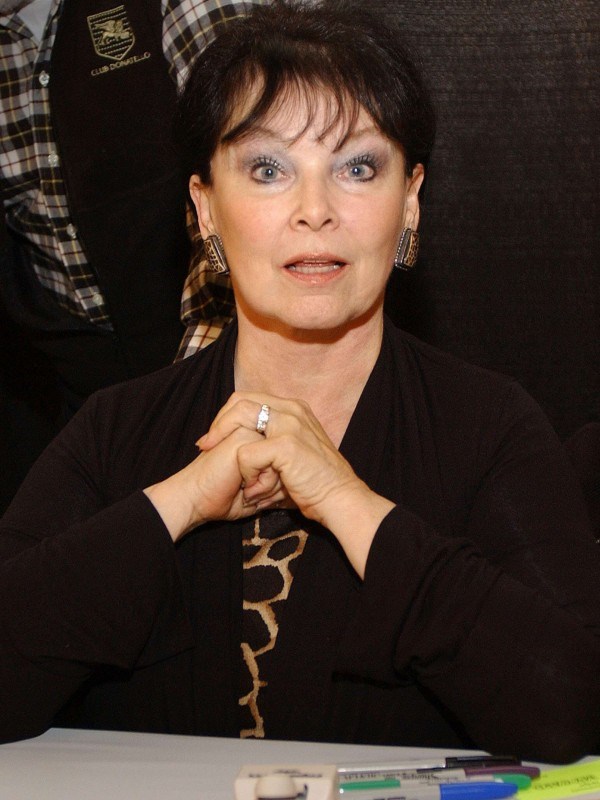 By James H. Burns: I’m not quite sure why Yvonne Craig’s passing is hitting me as hard as it is.

She had a lovely life, in both show business and afterwards (becoming successful in real estate, and other business ventures, decades ago).

But perhaps it’s as simple as that there are not too many figures from your childhood who you later become friendly with, if only for a brief time.

We met on the convention scene, in the mid 1990s. As many of you know, there was nothing quite as bright as Yvonne’s smile, or the sweetness of her laughter. She’d almost always be with her sister Meridel.

Spending some time with them,  kidding around, flirting — in the absolutely most innocent of ways! — struck me as something almost of another, far more pleasant era.

I have heard from many fans of the Batman television series (on which she played Batgirl), of course, that she was always absolutely terrific to them; and been told by friends of hers that there could not have been someone more caring.

I knew that Elvis Presley adored her, and that she and Bill Bixby had been in love, years later.  But I was astonished to discover when I read her memoir, From Ballet To The Batcave And Beyond, that she had also been involved with Vince Edwards, whose Ben Casey medical series was one of my personal favorites.

But how could anybody not help but fall for this gamin with the enchanting eyes, once upon a time?

It is entirely possible to make too much of actors and actresses one first encountered in a theatre seat or across the way from the cathode ray, when a child.

And truth be told, as a five-year old, I might have been annoyed at first that someone was being added to the Batman TV show in its third season, when all I wanted to see were the adventures of the Dynamic Duo.

But, ultimately, how could any of us not have been enchanted, by Ms. Crag’s particular charms?

Her genre appearances were numerous, including, famously, as Marta (a “green girl”) in the third season Star Trek episode, “Whom Gods Destroy,” Voyage To The Bottom of the Sea, My Favorite Martian, The Wild, Wild West, The Man From U.N.C.L.E., The Ghost and Mrs. Muir, Land of the Giants, The Magician, Holmes and Yo-Yo, The Six Million Dollar Man and Fantasy Island; and in the movies Mars Needs Women and In Like Flint.

There is a lovely message from Yvonne’s family at her website.

She wanted to make sure no one spent any time in grief, mourning her –

But instead join her in being grateful for a very happy life.