I knew her mainly before she moved to the BArea, when we were both members of LASFS. We both joined in the awful days when the club gathered at the Overland Park Playground.

We may have met briefly even earlier. Vanessa was part of the science fiction group at Granada Hills High School in the late 1960s with Ed Finkelstein (he and I would co-chair the 1978 Westercon), Bill Welden (an Elvish linguist who helped with Tolkien’s languages on the first Lord of the Rings movie) and others. A counselor at my high school steered me to their first organizational meeting for a one-day convention they eventually held. I wasn’t quite ready to become an actifan that day, but in little more than a year we were all attending LASFS.

She was immediately popular there. An overlooked bit of fanhistorical trivia is that Bruce and (then) Dian Pelz’ “divorce party,” which famously inspired Larry Niven’s short story “What Can You Say About Chocolate Covered Manhole Covers,” also encompassed a surprise birthday party for Vanessa.

By the 1980s Vanessa was living in the Bay Area. She had an active interest in social dancing. She cofounded the Bay Area English Regency Society in 1985.

Every reminiscence I’ve seen today mentions her keen sense of humor. A minor example is visible in the photo below showing Vanessa between Harlan Ellison and Elizabeth Berrien on a “Miss Fan Manners” panel.

Elizabeth Fox says she’ll never forget walking across the Golden Gate Bridge on its 50th anniversary (1987) with Vanessa and other friends: “Alan [Winston] was griping about carrying a heavy backpack and we ignored him till it turned out he was carrying two bowling balls for Vanessa. She had planned to cross the bridge walking on one, with the other balanced on her head, one of her peculiar talents.” 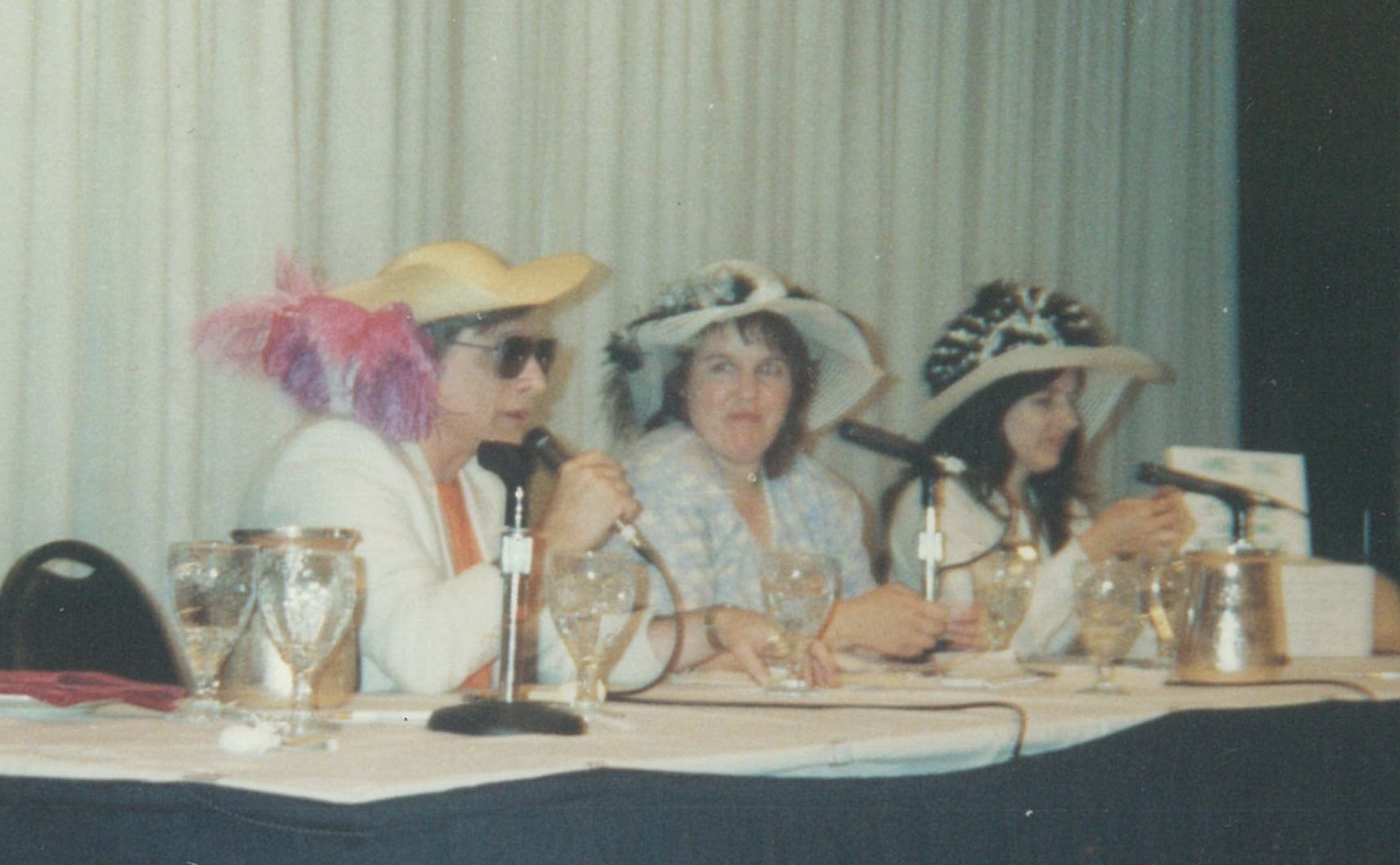 [Thanks to Bill Warren and Moshe Feder for the story.]