(1) Back in 1971 the Apollo 15 crew named Dandelion Crater in honor of Ray Bradbury’s book, Dandelion Wine, says John King Tarpinian. “It was first seen from what was called Station 6 on Apollo 15’s tour of the lunar surface. Unfortunately, the trip to Front (Station 5) was cancelled so there are no close-up images of Dandelion. This is the best known image.”

(2) Sam Weller introduced Ray Bradbury by video when illness prevented the famed writer from appearing in person to receive an honorary degree from Columbia College Chicago a couple weeks ago.

The college also marked the end of the school year with a parade down Michigan Avenue. This year including a Bradbury theme in the spectacle: his characters come to life and, in Ray’s absence, Weller dressed up as Ray Bradbury!

(3) Item three is a photo of John King Tarpinian in the basement of UCLA’s Powell Library reading the Fahrenheit 451 commemorative plaque to Ray Bradbury. Dennis Etchison is in the background. 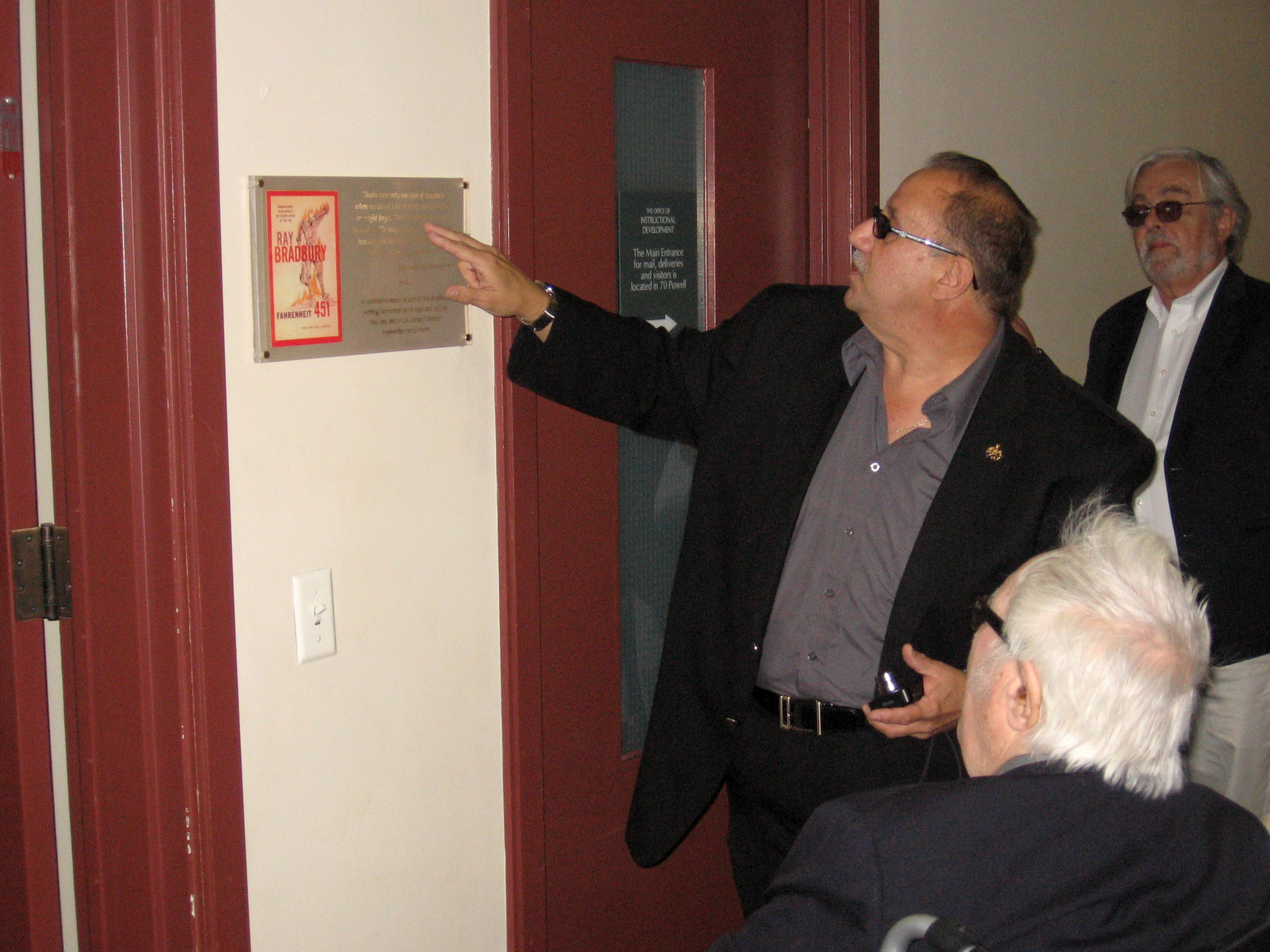