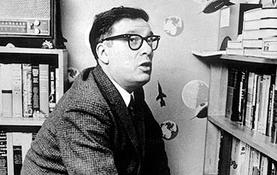 Isaac Asimov would have been 93 today had he lived. Foundation’s author passed away April 6, 1992 – the first of science fiction’s ABCs (Asimov, Bradbury and Clarke) to go.

Fortunately, his memory is yet green. He was featured on Science Channel’s Prophets of Science Fiction series in 2012.

Also, in 2012 Jamie Todd Rubin made some intriguing guesses about what Asimov would have done had he lived another 20 years.

And especially worth reading today is Michael A. Burstein’s superlative memoir ”Asimov and Me”, written for Mimosa, which is framed around their several meetings.

I also remember one other thing I told him at the book fair, and this is what ties into the above discussion of my diary. I mentioned how much I was enjoying his two volume autobiography, In Memory Yet Green and In Joy Still Felt. I had been reading them all summer, and I finished them in November. Now, perhaps Dracula had started my journal, but it was Asimov’s autobiography that kept it going. I read about how he started a diary when he turned 18 years old, and because of his diary he was able to write his autobiography in such detail. I decided that my diary might one day be just as valuable a resource to me, and I resolved to keep it with more regularity. Since late 1984, I have managed to keep my diary religiously. In fact, it is because of this diary, inspired by Asimov, that I am able to relate my interactions with him so accurately.

If you’re feeling sufficiently nostalgic you may view online the 1940 phone book listing for Asimov Candy Store, where he once worked for his father Judah Asimov. Or drill down to the family info in the 1940 Census –Ed Seiler says you’ll find them listed in Election District 14-1387, King’s County, Track 169, Block I, on sheet 4A.

[Thanks to John King Tarpinian for the reminder.]