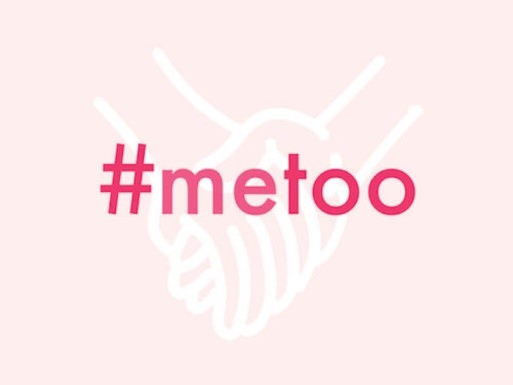 “Disregard for the past will never do us any good. Without it we cannot know truly who we are.”

When I was a young boy of nine years old, I liked to take long walks by myself. Looking back, I must have seemed a bit strange; short in stature, horn rimmed glasses, a Malcolm X haircut (courtesy of my Uncle Jake, a professional barber), introspective, not prone to talking much and more likely to be reading than playing outside with the other kids.

But walking was something I liked to do, go places where I had not been before just to see and experience it. This was not as unusual event back then but I think if my parents had found out I was doing it, they would have told me to walk with someone or stop altogether.

I remember the day it happened as though it was yesterday. It was summertime, the sun shining brightly and there wasn’t a cloud in the sky. I had just finished walking as far south as I could on a local street and was headed home. A portion of the trip took me through the parking lot and playground of the school I attended, St. Francis de Sales. I walked through the narrow passage between the church rectory and the school, which then opened up to a wide playground that was as wide and long as a football field, except it was all asphalt.  A fence bordered the grounds along the parking lot of the adjacent high school, the street towards home and a gas station.

As I rounded the corner of the rectory, they spotted me.

Eight boys, all black, all much older than me, laughing and talking. Before I knew it, they had surrounded me. I was terrified.

They pushed me to the ground and began to pull at my shorts and shirt. Then my pants and underwear were around my ankles. They put their hands on my groin, buttocks and chest. I screamed bloody murder and a few of them tried to cover my mouth. There were a few kicks as well.

And then, it stopped.

The boys ran off, cackling like hyenas. I was left on the playground, alone, in broad daylight, nearly naked.

I pulled up my pants and walked home.

I told no one about what happened. The walks alone became more infrequent.

The world kept spinning. I became the target of bullies, in the neighborhood and at school. My father was a track star so those genes came in handy.

In high school, there was more of the same; more bullies and more verbal and physical abuse. I got tired of running and stood my ground. More often than not, I got beaten but I fought back hard enough that I was no longer an easy target. All during that time, through grade and high school, I remained an introvert, with very few friends. Puberty was a confusing time; I had read enough biology books to know what was happening to my body but going to an all boy’s high school complicated matters.

There were also very bad days. I remember that after one especially bad day in my sophomore year, I seriously considered committing suicide. Late that night, while everyone slept, I ventured down into the kitchen and held a knife to my chest for several minutes. The only things that held me back were the thought of my parents finding my body on the floor and not giving the people who were tormenting me the satisfaction of knowing they drove me to my death.

After rejecting my pleas to attend San Francisco State University, my parents mandated I would be attending the University of Cincinnati. My majors were Broadcasting and English.  My sexuality was pretty fluid in the mid 1970’s. This was mainly because I had very little experience socializing with either sex. I met a lot of men and women from all walks of life. I was fortunate be around during the first wave of feminist-humanist movement, which I followed with some interest. When I found out counseling for emotional problems was available, I signed up immediately. Talking about my loneliness and detachment helped me internally but did not help me connect with people.

But the biggest breakthrough in development in my social life was joining fandom in 1976. After attending a few conventions, I found myself coming out of my shell. I was so happy to be among fellow fans that it was a full year before I found out sex was a thing at cons.

To be sure, it was not a bed a roses. Mistakes were made, as they say. Misunderstandings. Setbacks and betrayals. Which, I found out, is par for the course when fans, or other people for that matter, interact.

One of those setbacks led to the birth of my daughter, Laura, in 1983. I was on the rebound from a bad relationship when her mother and I met. While I may rue the day we ever started a relationship, I do not regret having Laura for a daughter and having her in my life. Although Laura’s mother and I rarely speak, I am proud and happy we produced a woman who is strong, opinionated, funny, mindful, kind and loving human being.

Laura is the main reason I transitioned into a fully grown adult. As I watched her grow up, I was also a witness to her struggles, which mirrored my own. She too was bullied and harassed. But, like her mother and I, she proved time and time again to be resourceful and resilient.

All during this time, I became more mindful of harassment and abuse women suffer, mostly at the hands of men. When I was a direct witness to such actions, I spoke up or acted to intervene.

Although I have made my share of mistakes in my relationships, I have made poor choices and I apologize for them and regret their impact.  I have never knowingly, willfully committed harassment, stalking, verbal abuse and sexual assault towards anyone, in or out of fandom. I found it repugnant and sickening decades ago and I am amazed and disheartened that we are still encountering and dealing with this problem today.

I was prompted to write this column due to the widespread reaction to the alleged criminal acts of Harvey Weinstein towards women in the film industry over the past thirty years. I truly hope that the reach of this story and the number of women and men who have experienced it first hand, will finally shatter the veneer of how widespread the problem actually is around the world.

Fandom has already had its watershed moments. There have been several high-profile cases of abuse in fandom over the past ten years that have received so much attention that convention committees have been adding harassment policies and incident response teams as a matter of course.

Becoming aware is the first step towards a societal change. I find it amazing that humanity has evolved, progressed and survived, and we are still battling these same tropes, stereotypes, falsehoods and intolerance from empowered people who delusional enough to think as above civility, compassion and the law. We have a long, hard fight ahead of us.

Despite what happened that me when I was nine, fourteen, eighteen , twenty-two and twenty-seven, I am a father of a strong woman, a grandfather to the sweetest two-year old in the world and the loving partner of a woman I will cherish and adore to the end of my days. I did not let what happened destroy me.

All of this is too hard for me to contemplate right now.

I think I’ll take a walk.