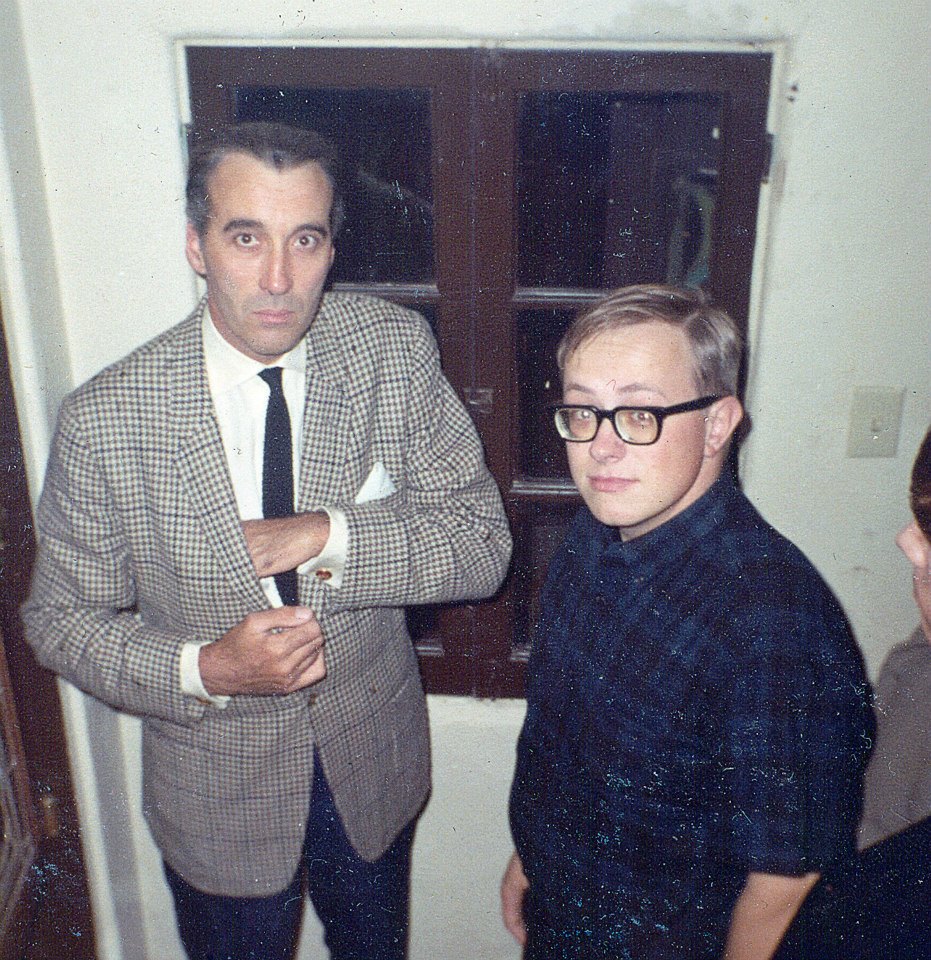 Christopher Lee and Bill Warren in late 1960s, at the in-home theater of Milt Larsen.

By Bill Warren: Christopher Lee died last Sunday; no cause has yet been given, but he was 93 years old and in poor health. Almost anything might have carried him away.

He worked hard at avoiding being labeled a horror star, because he didn’t want to be considered only a horror star. But he really was the last of that very small group of fine actors who were primarily known for their horror movies. I think he knew that. He did know Boris Karloff; not only were they in a couple of movies together, but early on, Lee was in an episode of Karloff’s Colonel March of Scotland Yard series. And they lived in adjacent homes in London. He was also friendly with Vincent Price — they loved making each other laugh — and downright adored Peter Cushing, with whom he costarred in many movies. He said that he amused Cushing by doing voices from Warner Bros. cartoons; Cushing did too, but also did Jimmy Durante.

But he did make movies of all kinds — he played Mycroft Holmes in Billy Wilder’s The Private Life of Sherlock Holmes (he’s the only actor who played both Holmes brothers — and Sir Henry Baskerville as well). He was Rochefort in Richard Lester’s Musketeer movies, and loved making them. He occasionally sang in movies including his The Wicker Man, and the odd Aussie The Return of Captain Invincible; late in life, he did a few heavy metal albums. He was an indelible Dracula, of course, but also was Frankenstein’s Monster, Rasputin, the Mummy and Fu Manchu. And he was The Man With The Golden Gun in a Roger Moore 007 adventure, as well as being Ian Fleming’s cousin. He also met J.R.R. Tolkien, and was Saruman in the Lord of the Rings/Hobbit movies. He was Count Dooku in a couple of Star Wars movies, and remained stubbornly unaware that he was cast in those because Peter Jackson and George Lucas were fans of his Hammer horrors. So were Joe Dante and John Landis, who both cast him in movies — Dante’s was Gremlins 2, in which Lee got to be (somewhat stiffly) funny.

He once corrected the sound of someone being stabbed in the back in a Rings movie — he knew what it really sounded like, from personal experience in WWII. He rarely spoke of what he actually did in the war, but he was fluent in French, German and Italian…

He was a very good actor, but his inherent tendency toward pomposity often intruded. But he was graceful — an expert fencer, for one thing, with a finger permanently bent from a duel with Errol Flynn — and had a magnificent, recognizable baritone voice. He was, like so many actors, a shy man who became an actor partly to avoid being himself. He was also egotistical, another common trait of actors, but this was not intrusive. He was generous and kind, open to his fans (but wary of them in herds), intelligent, and could be very funny. As with Vincent Price, he and Bob Bloch loved making each other laugh.

I met him (and Bloch) in the late 1960s; in person, he tended to be poker-faced and serious, but not solemn. We corresponded for a while, mostly about Peter Cushing. I interviewed him several times. I liked him.

He made movies all over the world. He once privately lamented that while the world grieved when Peter Cushing died, his death wouldn’t produce the same reaction. He was wrong. 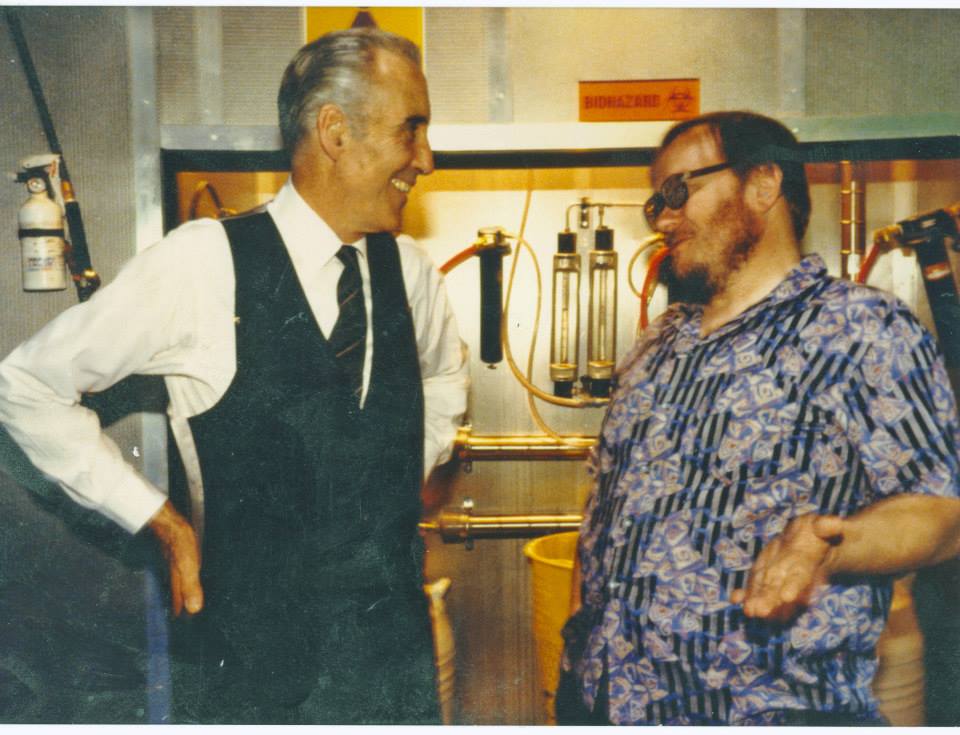 Christopher Lee and Bill Warren on the set of Gremlins 2.

5 thoughts on “Bill Warren: An Appreciation of Christopher Lee”