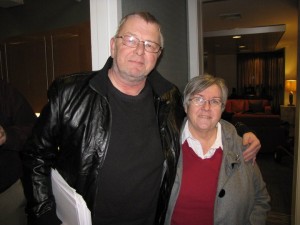 By Andrew Porter: Bob Booth, “writer, editor, publisher, founder of Necon and Necon E-Books, avid fan of horror and the written word, father, grandfather, mentor and friend,” died from lung cancer on September 7. He had been fighting the disease for eight months. Plans for a memorial service are yet to be made. Booth was also on the founding committee and board of directors of the World Fantasy Convention, from 1975 to 1990.

He is survived by his wife, Mary, children, Dan and Sara, grand-daughter Jillian, and all those who met him over the decades at NECons or World Fantasy Conventions.