BRADBURY EXAM. HowStuffWorks challenges fans to take “The Ultimate Ray Bradbury Quiz”, 30 questions that look easier than they are.

He wrote outlandish stories that taught concrete lessons in critical thinking and morality. How much do you know about Ray Bradbury?

IN THE BACKGROUND. J. W. Ocker sent a screengrab from the “Jeepers Creepers” episode of the MTV series Scream.

Two of the characters talk in front of a marquee that advertises Something Wicked This Way Comes. It foreshadows a climax at a closed-down carnival after dark. 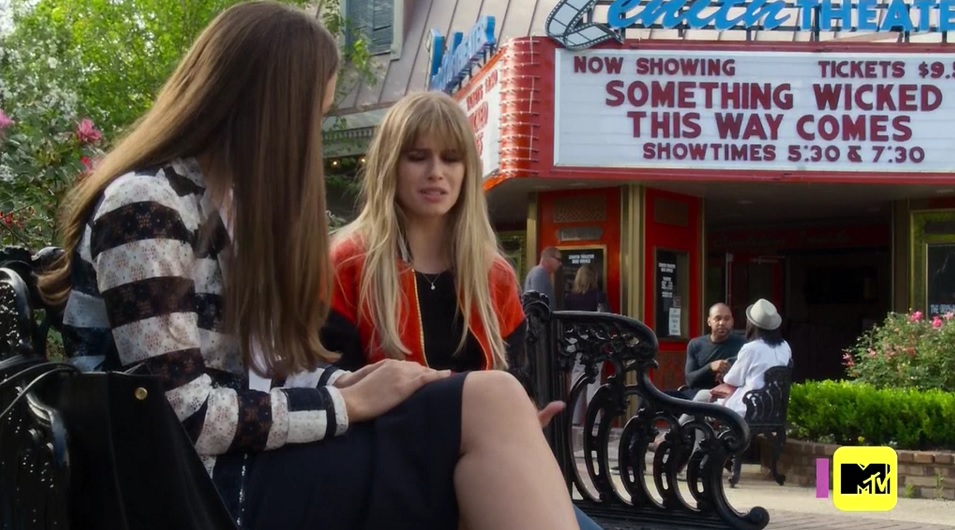 Ocker is a Bradbury fan whose own nonfiction repertoire includes Poe-Land: The Hallowed Haunts of Edgar Allan Poe, and a book about living in Salem, Massachusetts — A Season with the Witch — coming out this fall.

THE BEST. Steven Paul Leiva remembers when Bradbury told him about his favorite bookstore.

WINDING DOWN. Unfortunately, that store is soon closing. (Mystery & Imagination is also “Bookfellows”). The LA Times paid tribute in “Bookfellows prepares to turn its last pages”.

In a glass case at the front of Bookfellows used bookstore in Glendale, a plush kitten once owned by Ray Bradbury is displayed beside a bottle of dandelion wine, and an autographed photo of Bradbury, Ray Harryhausen and Forrest J. Ackerman all together on the same stage. Next to that is a brick — one recovered from the ruins of the late author’s house after it was demolished.

One has to wonder if anyone will save a brick from Bookfellows when it no longer exists. The staircase in the back is a treasure trove of autographs from famous authors who’ve dropped by, from Mickey Spillane to Alan Young. Bradbury, disappointed that Harryhausen hadn’t drawn a dinosaur when he signed, drew a rough doodle of one next to the legendary animator’s name to put things right.

MORE 451. Richard Brody thinks its director badmouthed his “Movie of the Week: ‘Fahrenheit 451’”.

These days, directors are expected to talk up their films, and for good reason: it’s likely that François Truffaut’s remarks about his 1966 film “Fahrenheit 451” (which I discuss in this clip) are in large part responsible for the film’s wrongly low reputation. The film was something of Truffaut’s white whale: it took him four years to put the production together; along the way, he turned down some other significant projects, including “Bonnie and Clyde,” which the screenwriters Robert Benton and David Newman had written with him in mind. The shoot of “Fahrenheit 451,” which took place mainly in Great Britain, proved difficult for Truffaut, in part because he didn’t speak English, but above all because he had trouble working with the lead actor, Oskar Werner (who had played Jules in Truffaut’s “Jules and Jim”). Instead of keeping their conflicts out of the tabloids, Truffaut aired them himself: he kept a diary of the shoot and published excerpts from it in Cahiers du Cinéma.

HAWKING COFFEE. Believe it or not, Kirk Douglas and Ray Bradbury appeared together in a Japanese coffee commercial, filmed in Ray’s Beverly Hills office (probably 1981).

ON THE FRONT. Right after Bradbury passed away in 2012, Irene Gallo put together “Picturing Ray Bradbury”, a collection of cover art from his work, for Tor.com.

Ray Bradbury’s passing was a loss for everyone who enjoys storytelling in all of its forms. Not the least of which are artists and illustrators. Bradbury’s tone, the poetry and atmosphere of his worlds, have inspired artists for decades. Looking at his book covers, extending back over many printings, you see generations of artists reinterpreting the same works for their own era. 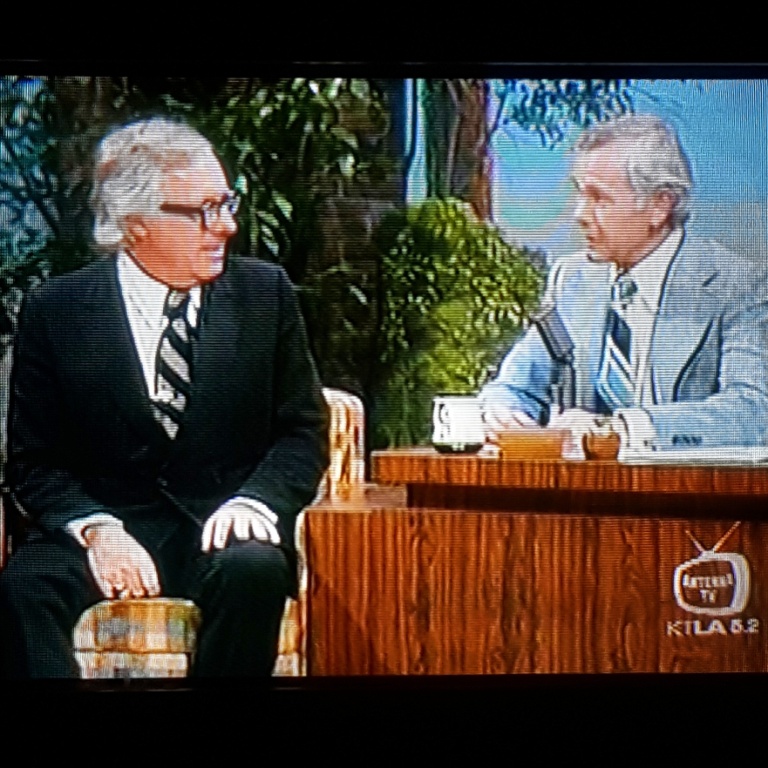 So was insult-comedian Don Rickles. 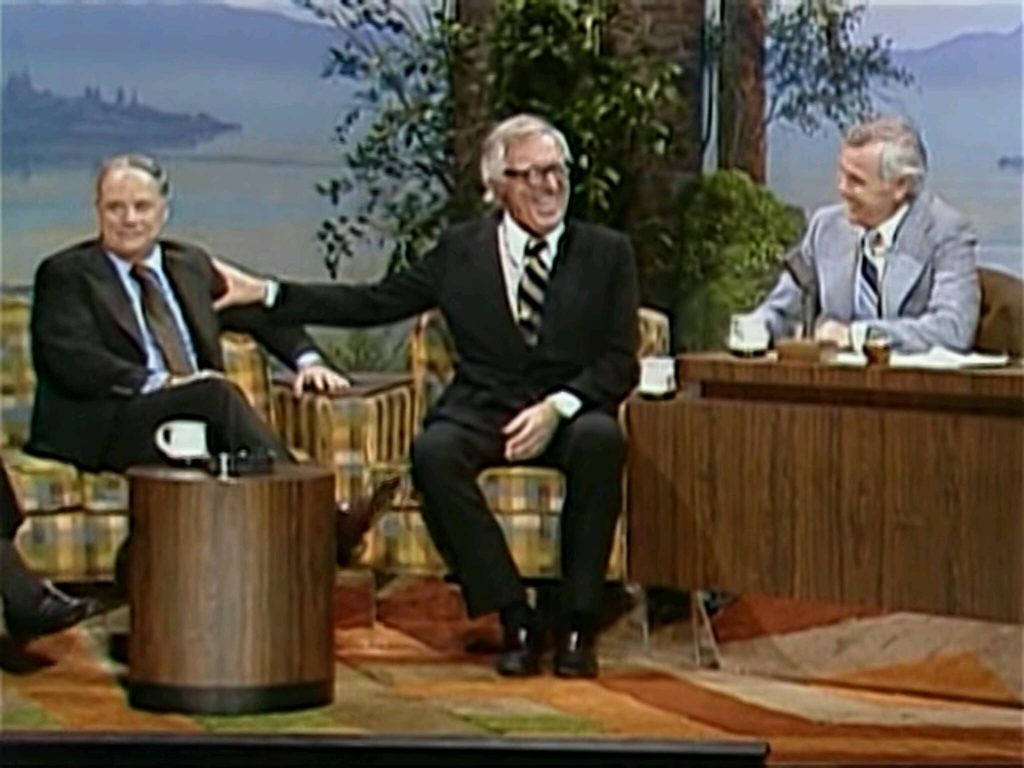 What is really impressive about Ray on Carson is…it may be the first time Rickles asked a serious question of a person on a panel.

On that show was Don Rickles, Ray was disappointed that Rickles did not give him a zinger.  Afterwards Ray asked why he did not insult him, as anybody would have wanted.  Rickles said he respected Ray too much and his final words were, “You hockey puck!”  Ray walked away floating on air.

2 thoughts on “Bradbury Now and Then”