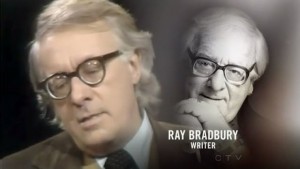 1 thought on “Bradbury Part of Oscar In Memoriam Reel”