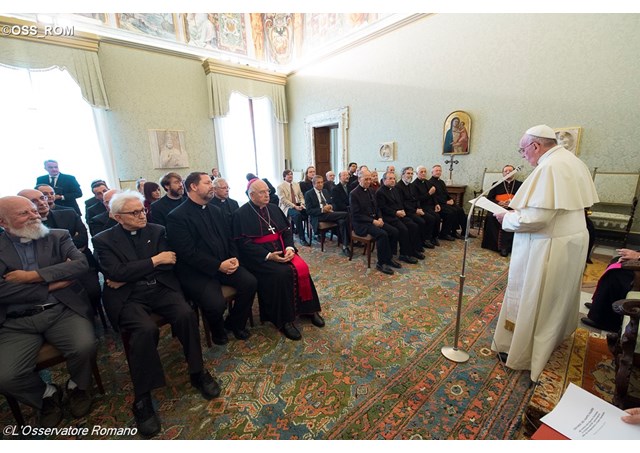 The same day that the Vatican announced Brother Consolmagno’s appointment, Pope Francis met with the observatory staff and guests who were taking part in a special symposium sponsored by the papal astronomers.

“The church urgently needs religious who dedicate their lives to being on the very frontiers between faith and human knowledge, faith and modern science,” the pope told the group.

He also recognized the importance of communicating with the rest of the world how the church and its priests “embrace, encourage and promote authentic science,” adding that it was “very important” his papal astronomers keep sharing their scientific knowledge with others, “freely giving that which you freely have received.”

Brother Guy was a program participant at Sasquan –

At Sasquan he delivered his acceptance talk for the 2014 Carl Sagan Medal for outstanding communication by an active planetary scientists to the general public, as recognized by the American Astronomical Society’s Division for Planetary Sciences.

He also has been a guest of honor at several science fiction conventions, including DucKon in 2000, ConFusion in 2002, Boskone in 2007, and ConClave in 2009.