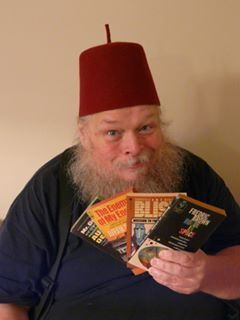 SFWA’s Estate Project manager Bud Webster died February 14. He had been suffering for over a year from bile duct cancer and was in hospice care for the last weeks of his life. 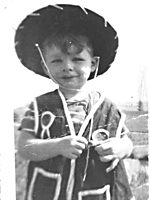 He was a fan for over 40 years, becoming involved in fandom in the early 1970s, and he was a pro for over 20 years, beginning when his first published story “The Rabbi’s Tale” appeared in Bill Bridges’ Drums Around The Fire anthology (1993).

His fantasy fiction appeared in F&SF, other genre magazines, and collections.

Webster’s most popular fiction was the four Bubba Pritchert stories that appeared in Analog, starting with “Bubba Pritchert and the Space Aliens” (July, 1994). Two stories in the series came in at the top of their category in the annual Analog Readers Poll (1995, 1997).

He had a sharp sense of humor, one often directed at himself. His Goodreads author page began –

Bud Webster is a big know-it-all who can empty a room in three minutes just by blabbing trivia about science fiction and fantasy…. 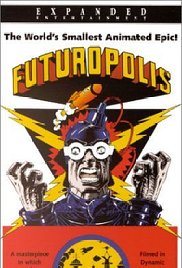 He also worked on Steve Segal’s and Phil Trumbo’s film Futuropolis (1984), voicing a bearded guard, a computer, and Spud.

At least once, though, he began to write a story with humorous intent and ended up dealing with life wounds that he did not set out to reveal. “Christus Destitutus,” a nominee for the 2005 Southeastern SF Achievement Awards, was “originally envisioned as a satire, the sort of wry observation that Damon Knight and others used to write for Galaxy or F&SF. It turned into a dark and angry commentary on my own religious upbringing, something I honestly did not expect.”

Webster was a respected sf historian, too. He discussed long neglected genre works in F&SF’s “Curiosities” department. His Past Masters and Anthopology 101 columns for various publications including the SFWA Bulletin (available as free reads here), were collected in Past Masters, & Other Bookish Natterings (2013), and Anthopology 101: Reflections, Inspections and Dissections of SF Anthologies (2010). His autobiographical The Joy of Booking (2011) chronicles Bud’s adventures as a collector and seller of science fiction books at regional conventions.

He had a long association with Black Gate, recounted by John ONeill in a tribute at the blog:

I was already a fan of Bud Webster’s Past Masters column, thoughtful biographical pieces on the enduring impact of our finest writers, when I first approached him to become a Contributing Editor. His first article for us, a marvelous discussion of Tom Reamy, and a continuation of his Who? series on neglected genre authors, appeared in Black Gate 15.

….It was the beginning of a long and fruitful partnership with Bud. He was briefly our poetry editor, before the death of the print magazine made that title superfluous. He became a prolific early blogger for us, contributing a dozen posts, mostly on his favorite subjects — the pros and cons of selling vintage books, his role as an stfnal historian, and the magical books that first lured him into the hobby.

ONeill’s obit includes the text of Webster’s last column proposal, bound to be an interesting and controversial one, that was never written because his health failed.

As a poet, Webster’s most famous work was the narrative SF hobo poem, “The Ballad of Kansas McGriff,” which took first place in the National Hobo Association Rendezvous 2000 Poetry Contest, where he read it to an audience of over 5,000 hobos.

Webster won the 2012 Service to SFWA Award for his efforts on The Estate Project, which collects information about deceased members of the professional sf community. This data is used by editors, publishers and agents to research rights, obtain permissions, make payments, and ensure legitimate publication without copyright violations.

Michael A. Ventrella interviewed Webster in 2014 and learned how he became SFWA’s point man for author estates.

VENTRELLA: Tell us about the SFWA Estates project.

WEBSTER: Well, SFWA had been tracking estates for years when I was asked to take it over in ’07, but it was catch-as-catch-can and some of the information they had was either outdated or inaccurate. I was on the verge of leaving SFWA after several events had transpired, and then-president Russell Davis and former president Michael Capobianco offered me the position of Estates Liaison not to placate me but to give me a legitimate reason to stay on and be productive. I had already been able to track down a few estates through the network of email lists I was on, so it was right up my alley. It appealed to my sense of history, and it fit in with my interest in keeping classic sf and fantasy alive.

A typical Bud Webster appeal to get writers to make provision for their literary estates began with a frank description of how things would look if they didn’t:

Do you want your intellectual property rights to be so profoundly screwed up that your heirs sell it off just to be rid of the bother, or so unutterably confused that it will take years to straighten out?  Okay, then, start thinking about what to do now, while you can still make phone calls, send e-mails and sign papers.

Bud is survived by his wife and long time companion Mary Horton whom he married in 2013.