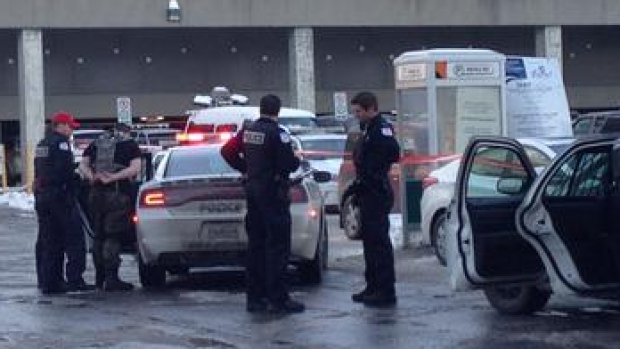 Arrest in progress outside G-Anime in Quebec.

Police arrested two men in camo carrying what turned out to be fake guns after citizens reported seeing the suspicious-looking pair – one wearing a mask – outside the Palais des congrès in Gatineau, QC.

One was carrying an air gun and the other a plastic gun when apprehended. They were on their way to G-Anime 2015, a three day anime and manga convention which began today, January 23.

Police released the men after giving them $270 fines.