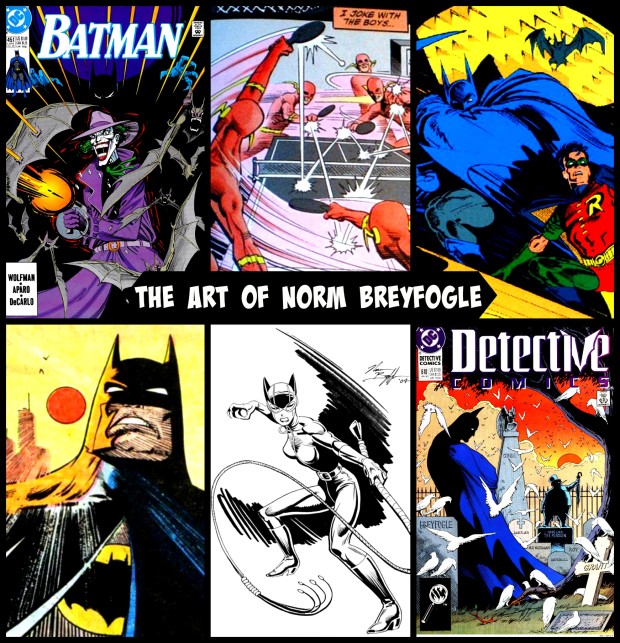 Norm Breyfogle, credited as one of the artists who changed Batman forever, was hospitalized due to a stroke on December 17. Norm suffered paralysis on his left side – all the more problematic because he draws left-handed.

Norm now needs months of extended care with daily therapy that will hopefully enable him to once again continue his skillful art and regain his mobility to be able to walk and draw again.

His friends have launched an Indiegogo crowdfunding appeal, “Help Artist Norm Breyfogle Recover From A Stroke”, seeking $10,000 to cover some of the expenses. At this writing $1,055 has been donated with three weeks to go.

Here is a video of Norm made in January, a few weeks after his stroke.

A volume of Norm’s comics and work donated by friends is offered as an incentive.

Norm’s first regular series assignment was on a book called Whisper, written and created by Steven Grant (Punisher, 2Guns) and published by First Comics in 1986. The series has never been reprinted before, so many of Norm’s fans have never seen his early work. Steven has given us permission to reprint Norm’s issues of Whisper to raise funds for his recuperation.

But that’s not all! We’re also including stories and art from all sorts of people that we’re adding to the project as stretch goals and additional incentives, including:

All in all, we’re talking about at least a 280-page book. How big will it be? Well, that depends on you… and how much money we raise for Norm.

[Thanks to Glenn Hauman for the story.]