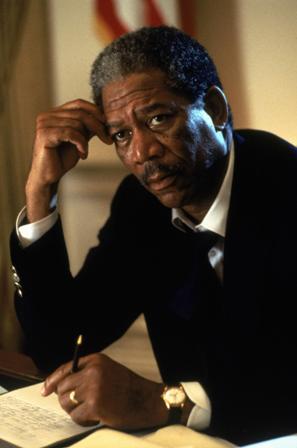 The nominations are open to any fictional Presidents* from Science Fiction, Fantasy, Past, Present, Future, Human, Non-Human, Alien, American, Non-American, Alternate Universe, etc.  You can nominate a character that’s already been nominated. The more nominations a character has the better chance s/he will make it on the final ballot.

*Presidential Characters of Countries/Worlds/Star Systems whose political decisions can and/or did affect whole civilizations. Who would I vote for? I was impressed with Morgan Freeman’s presidential turn in Deep Impact. Nor have I ever forgotten Henry Fonda on the phone in Faile-Safe ordering the A-bombing of New York. And what about the soft spot in my heart for that double-fictional President, Dave, the imposter coached by Frank Langella and Kevin Dunn? Not an easy choice.

Nominations close February 28. The final ballot will be available at ConDor and online. The Fictional President Hall of Fame inductees will be announced Sunday, March 10.

Nominations can be posted to Facebook.com/ConDorCon or submitted through the con’s online response form.

ConDor 20 takes place March 8-10 at the Town & Country in San Diego. This year’s theme is “There and Back Again: Journeys in Fantasy and Science Fiction.” Connie Willis is Guest of Honor. David J. Peterson, creator of the Dothraki language for HBO’s Game of Thrones will also attend.