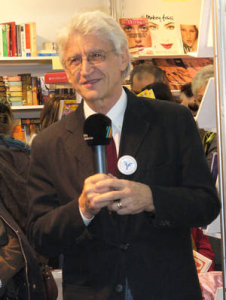 Manolescu wrote the first doctoral thesis about science fiction in Romania, published in 1980 by the Univers Press, as „Literatura S.F.”

Manolescu’s “Serendipty” was translated into English by Silvia Cora and Nigel Walker and published in Translation Café (no. 130, August 2012), the online magazine of Bucharest University. It is a free read here.