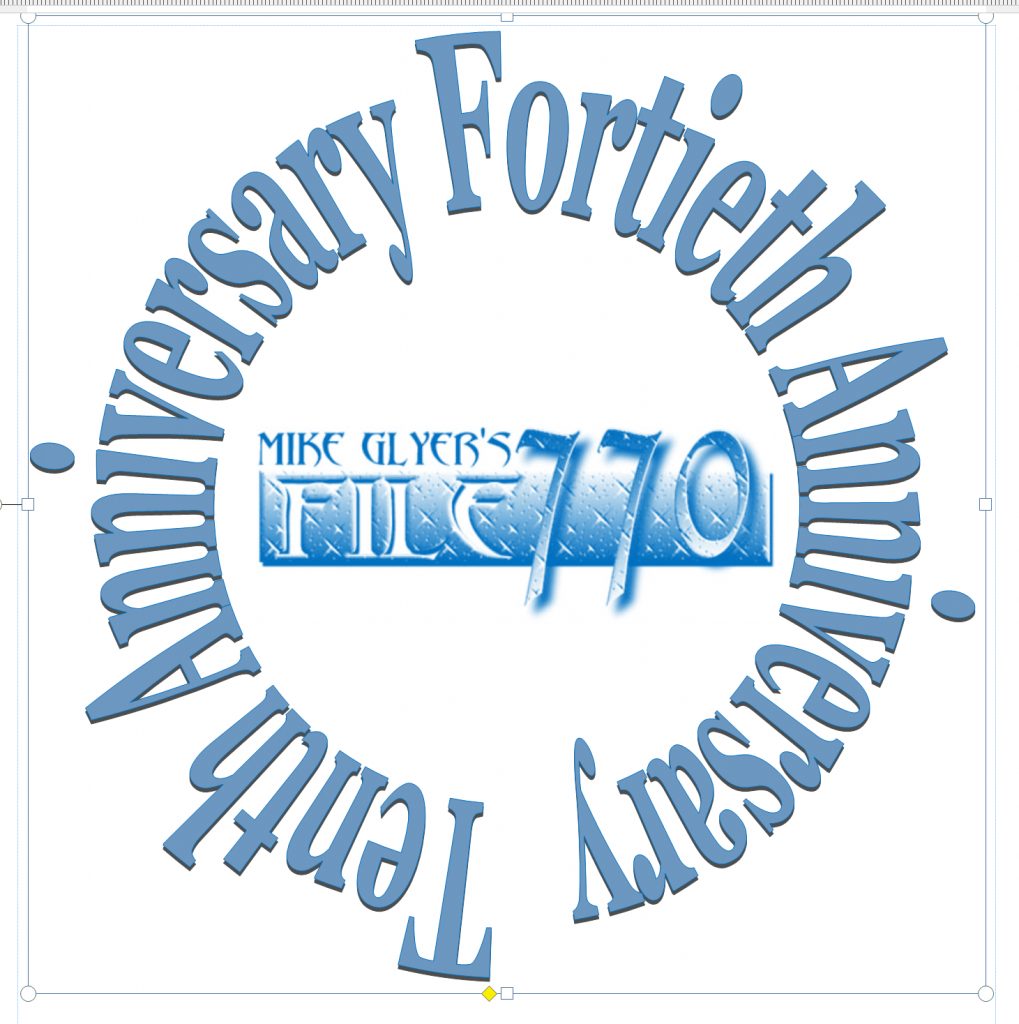 It was 40 years ago today
Sgt. Saturn taught the band to play… 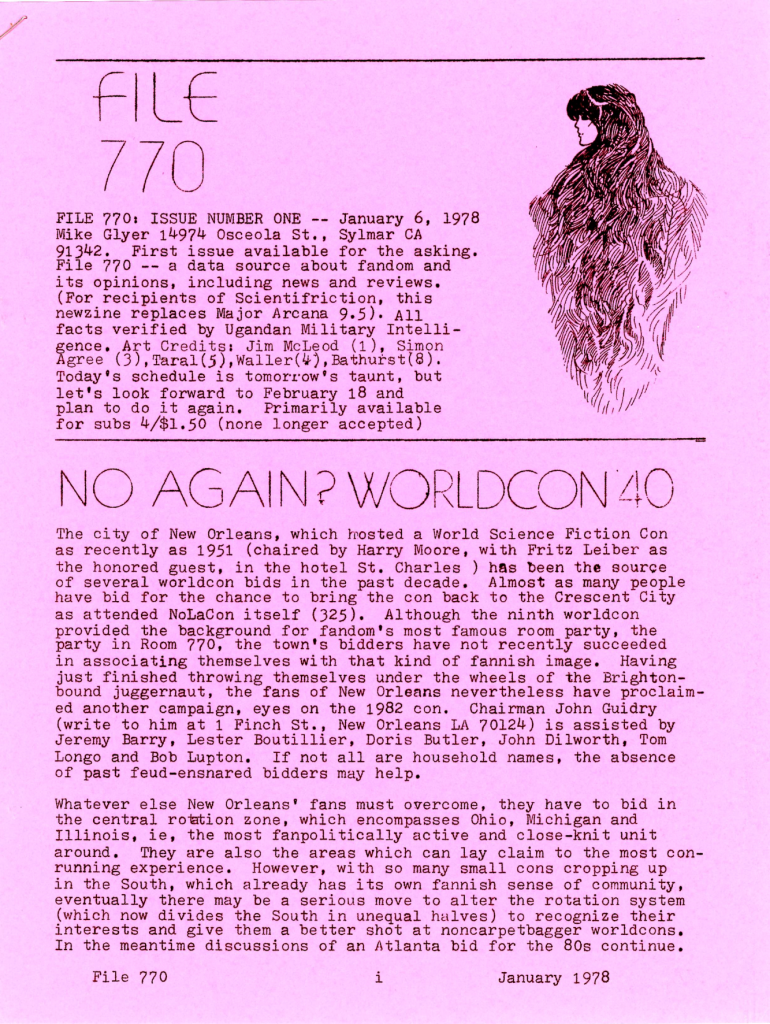 Several friends have been along for the entire ride, like artist Taral Wayne, who had an illo in the first paper issue, and also is the creator of the banner art for this blog. Or Steve Davidson, mentioned in a news item on page 2. Not to mention the many who were on the mailing list from the beginning.

I also want to thank Linda Bushyager, editor of Karass, which preceded File 770 as fandom’s newzine of record, for passing the baton those many years ago.

And thanks to the generosity of everyone who has shared their stories, events and concerns in these pages over the years.

We’ll be celebrating this anniversary — and the 10th anniversary of this blog on January 15 — over the next 10 days with a series of special guest posts, too. Watch for the logo!

61 thoughts on “Fortieth Anniversary of File 770”