Yellin founded Lord John Press in 1978 to publish signed limited editions of modern authors.  The Lord John name came from the fact that so many modern authors he wanted to work with had the first name of John — Updike (with whom he was good friends and published a newsletter), Barth, Gardner, Fowles, Cheever, Hawkes and so forth. Lord he added “to marry Great Britain and America.”

He is survived by his brother and two sons. The family obituary is here. 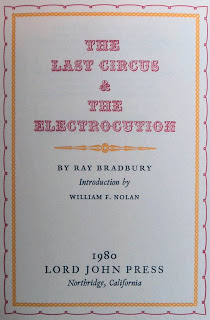