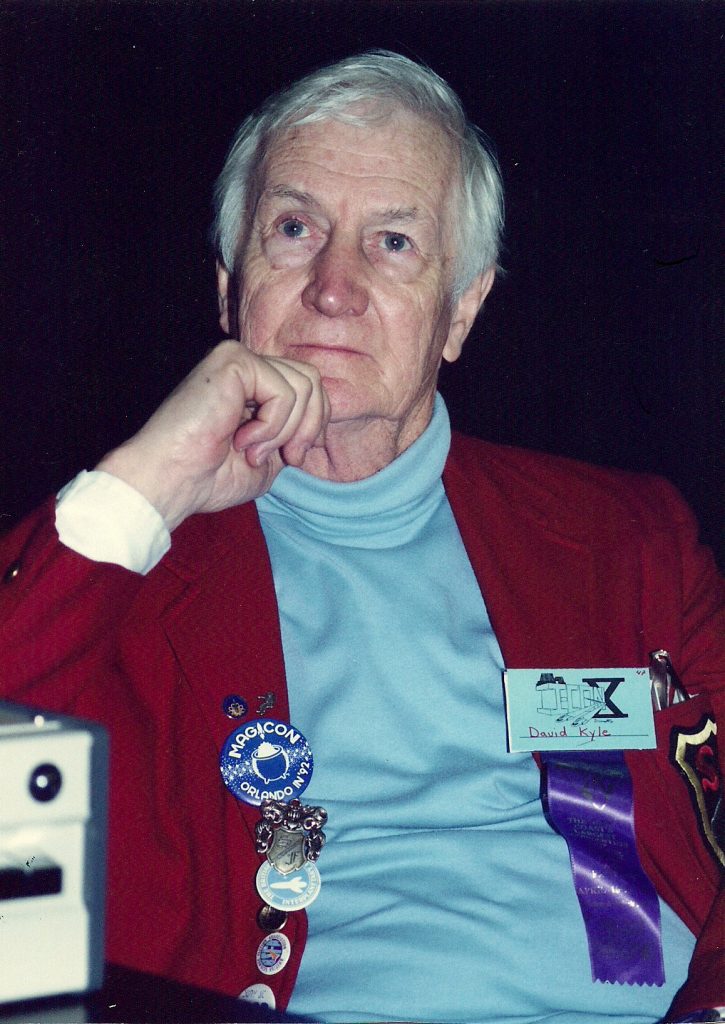 By John L. Coker III: There are not many people active today in science fiction fandom who can recall a time before David A. Kyle (1919-2016) was part of the scene.

Dave had participated in many of the great moments in SF history from the earliest days.  He had personally known and worked with most of the people who were involved in the SF field during the past seventy years or so.  And, he was still excited about it all.

If you were accompanying Dave during a large convention, you better not be in a hurry, because you were going to get to meet everyone there.  He was especially gracious to the younger fans, taking them around, introducing them to people during the weekend.

Over the years, I always found Dave to be a thoughtful, considerate, and well-mannered person, all in the most natural way.  He was modest and glad to share the spotlight, acknowledging the good work of others.  Dave was clever, and really smart, with a wonderful sense of humor.  He told wonderful stories and delivered some terrible puns.

Dave had great capacity for composing well-constructed paragraphs in first draft and he was comfortable speaking in an impromptu manner in front of audiences.  Dave was interesting, knowledgeable, idealistic and stalwart, with genuine depth and a real command of the English language.  He could give legitimacy to any event just by participating, or even with his presence in the audience.  He was generous to friends and strangers.  I can remember occasions as I watched Dave’s well-wishers form a receiving line as they waited to greet him when he entered a crowded room, and then he’d have them sign his book.

He was a professional artist with natural talent and imagination.  And, Dave had a considerable career as a journalist for his family’s newspaper, radio and television stations.  He will likely best be remembered as an author, editor and SF book publisher.

Dave devoted his life to promoting the ideals of science fiction.  He genuinely embodied the ‘sense of wonder.’  He was a pioneer with many first-time accomplishments.  His unique influence will be felt for decades to come.  When fans gather together in the future to share stories, they will all remember the Man in the Red Jacket, David A. Kyle. 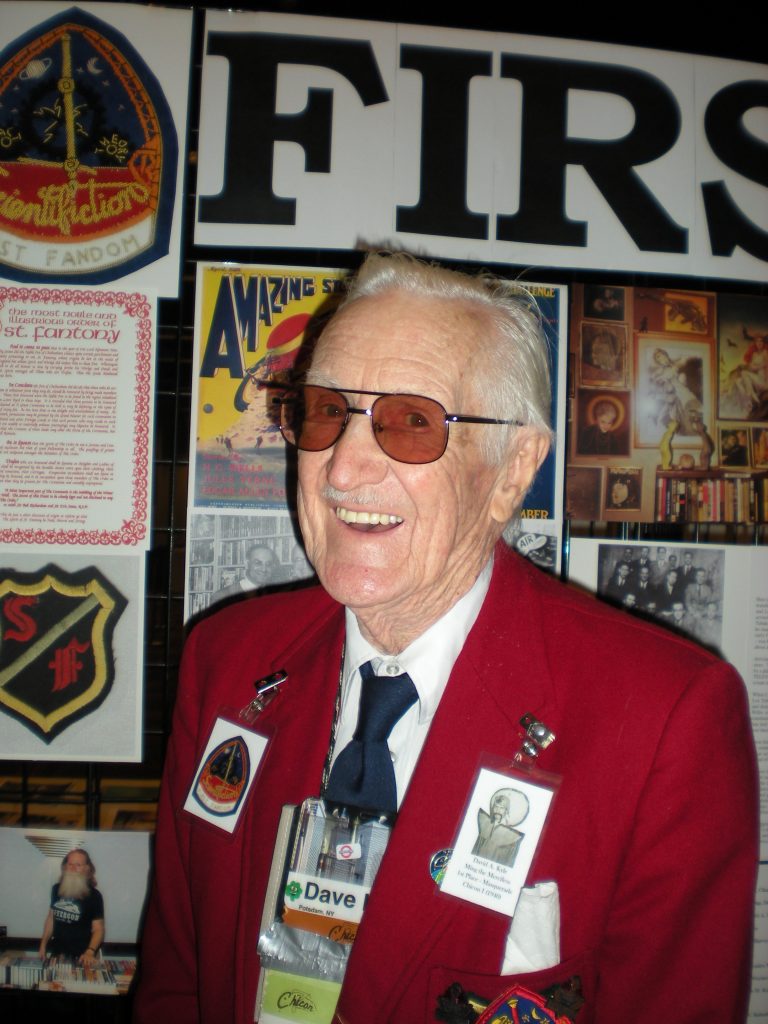 5 thoughts on “I Remember David A. Kyle”