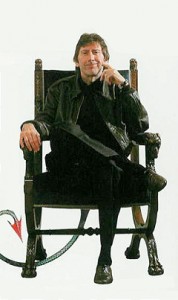 James Herbert , UK horror novelist, died March 20. Herbert’s first two books, The Rats (1974) and The Fog (1975), were disaster novels with man-eating giant black rats in the first and an accidentally released chemical weapon in the second.

He wrote three sequels to The Rats – Lair, Domain and The City (a graphic novel). His 23 published novels sold more than 54 million copies worldwide. He was awarded an OBE in 2010.