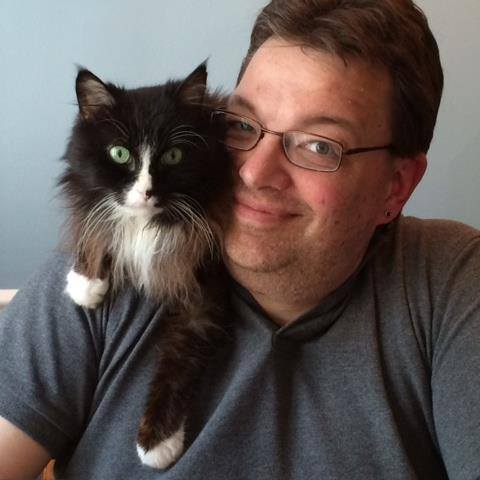 Jack realizes that the universe will explode in roughly sixty trillion years, and he has no idea on how to use his abilities to stop this. It takes the help of a friend from across time and space to help him realize that he should find his own story.

The story of the Mirror Universe’s version of Keiko Ishikawa’s life from working in the Alliance mines to escaping to Terok Nor and meeting Miles O’Brien.

The sun had set by the time Sharon finally propped herself and her fellow cadet against the wall.  Sharon wrapped her arms around the girl for comfort, ignoring the constant pain in her arms and legs.

The Andorian muttered something incoherent, most likely in her native tongue.  Sharon didn’t know what the girl needed, so she just pressed closer to her and hoped it was enough.  She didn’t have any food or medical supplies, and she wasn’t about to search the dead Breen.  Let it rot where it had fallen.

Sharon drifted in and out of awareness, skated the edge of unconsciousness.  Distant sounds of an ongoing firefight and sirens from the city kept Sharon from falling asleep completely.  The mumbling Andorian girl kept her up as well, even though Sharon couldn’t do much for her other than hold her for mutual warmth.

At some point in the darkness of the night, Sharon was pulled out of her dazed reverie by a low, long groan from the Andorian.  The sound scared Sharon, taking her back to the moments before her nana had…no.  Sharon shifted her position to try and make the two of them more comfortable.  Sharon was not going to let the girl die.

Sharon cleared her dry throat.  “Attacked, by Breen.  We’re both shot up.”

Sharon nodded mutely, stunned at the weakness in the Andorian’s voice, amazed that the injured girl was asking about the others rather than herself.  Sharon glanced down at the girl in the darkness.  Was the selfless attitude an Andorian trait, or was it something Starfleet taught its officers?

The Andorian shifted her body so that her head rested on Sharon’s shoulder.  “Glad…” was all she could manage.

Sharon said, “I think we managed to help most of the others get out of the building.  I haven’t seen Commander Data since he left, though.  They could all be dead as far as I know.  I’ve heard a lot of shooting.”

Sharon didn’t know if the Andorian could still hear her, but she continued.  “You were pretty brave out there.  I thought you were going to make it to the wall.”

The Andorian offered a hollow grunt.  Sharon held her more tightly, hoping to keep her there.  “Just hold on.  We’re going to make it.”

The girl shook her head.  “I can’t keep my eyes open any more.”

Desperate, Sharon tried to think of something to do to keep the girl awake, to keep her from leaving.  “Cadet…what’s your name?”

Randishira uttered something Sharon didn’t catch.  To Sharon it sounded like charan, but she wasn’t sure.  The girl’s voice dropped into a stream of alien words.  Sharon couldn’t figure them out.  It almost sounded like a song, or a chant.

Sharon kept talking, pulling stuff off the top of her head to try and keep Randishira with her.

“I was wrong about Commander Data, you know. I thought he was nothing more than a walking computer, but I was wrong.” Sharon didn’t get a response from Randishira, but she kept talking anyway.

“He’s a Starfleet officer, and he cares about his fellow officers. I thought he would just mechanically throw us into the fight, but he was really worried about everyone. He was worried about you too.”

Sharon felt weariness close in on her, tried to fight it off.  “I was pretty stupid. I was smart enough to make it into Starfleet Academy, but…but I still have an awful lot to learn.”

She glanced down at Randishira. The girl didn’t seem to have heard a word she said. Exhausted, Sharon rested her head against Randishira’s and closed her eyes.

Ranger of Mayat is the first episode in PISTOLS AND PYRAMIDS, an ongoing weird western series best described as an ancient Egyptian spaghetti western with magic. And mummies. Lots of mummies.

Kekhmet, the empire of the Two Lands, is a faded shadow of its former glory. Once the shining jewel of the world, the empire has been split apart by the invasion of foul Hesso marauders and the depredations of corrupt governors. The gods and goddesses of Kekhmet are all but silent, and the people struggle to find hope in their hardscrabble lives.

When Tjety, an exiled Ranger of the goddess Mayat, discovers a ransacked fishing village along the lawless northern frontier, he marshals his training and divine hekau magic to hunt down the vicious cultists responsible for the attack. But can he find them before their prisoners are twisted into mindless slaves serving a ruthless necromancer bent on shattering the tenuous balance between order and chaos?

Episode #2:  Flight to the Fort

Tjety, an exiled Ranger of Mayat, and Ruia, a young fisherman’s daughter, team up to guide the survivors of a bandit attack through the dangerous and rugged Kekhmet frontier. Can they reach the safety of Fort Sekhmet before foul cultists and their horrible mummified creatures can capture them?

Episode #3:  House of the Healer

After surviving a brutal cultist attack on her village, Ruia led the other survivors to the safety of Fort Sekhmet with the help of Tjety, a Ranger of Mayat. With Tjety’s life now hanging in the balance, can Ruia gather enough help and learn to use her newfound hekau magic to heal Tjety before the forces of darkness close in and snuff out all hope?

Pashet crawled alongside a gutted home, one arm tightly pressed against his chest, wheezing and leaving a muddy trail of blood behind him in the dirt.

Tjety limped up, cocked his pistol, and leveled it toward the back of Pashet’s head.

Pashet started at the sound. He took a rattling breath facedown in the muck, and then pushed himself over onto his back. He squinted up into the rising moonlight.

Tjety forced his battle lust into a corner of his mind. “Why did you attack this village?”

Pashet took another breath but coughed up blood. He squeezed his arm tighter against his chest. “We…we was just followin’ orders. Cleanin’ up after the culling.”

Tjety flicked his eyes around the closest areas of the village, the injustices done to these people rekindling the anger in his heart. He kept his pistol aimed at Pashet’s face. “What culling? Who ordered you?”

Pashet blinked several times. He turned his head and spat a thick wad of blood-laced phlegm into the dirt. “Culling come for you too, Ranger-man. Ain’t no one safe from us.”

Tjety’s fury pushed hard to cut loose. He forced it down again, but it felt like a losing battle, like trying to hold back the Iteru’s inundation with a dam made of papyrus. He yelled out, “Who are you to threaten the balance of divine Mayat?”

Pashet winced at another harsh coughing bout. The puddle of bloody mud around him continued to expand. Tjety doubted if the Pharaoh’s own scarce healers could have helped the man had they been fighting in the capital city itself.

Pashet seemed to dig deep for some defiance. He pushed himself up to a sitting position and leaned against the nearest wall. He stared into Tjety’s eyes and pulled his scraggly hair away from his grimy face, displaying the spot where his left ear should have been. Only it had been sliced clean off, flush against the man’s skull, leaving a neat scar and small hole behind. Pashet spat bright blood toward him. “We’re the servants of Apep, you son of a bitch, and we take what we want.”

Tjety’s frown deepened. “Khepri’s dung balls. Apep’s cult was wiped out years ago. The Rangers had a hand in that.” His mind raced to remember the details, but the anger roiling around in his head and heart were too distracting.

Pashet shook his head as a trickle of dark blood oozed out of his mouth. “Think that all ya want, Ranger-man, but we’re here and you can’t stop us. We gonna kill you all…”

Somehow the man found the breath to chuckle hollowly. Tjety leveled his pistol at the man’s face; laid pressure on the trigger. It would be so satisfying to end him here and now…

But no. With a supreme force of willpower, Tjety pushed aside his anger enough to slide his finger off the trigger and lowered his pistol. “No, damn you. No.” Indiscriminate rage wasn’t the answer. He was a servant of Mayat, not of that darkling maggot Isfet. A flutter through his hekau confirmed his choice to be the wise one. Perhaps the gods were keeping watch after all. The thought raised the hackles on his neck.

Pashet locked eyes with him, breathed one last shuddering breath, and then sagged against the wall. A lingering blood-flecked smile touched his lips before the light in his eyes went out forever.

Through his weary hekau, Tjety just barely sensed the man’s soul, his ba, slip out of his body, assume bird form, and soar away toward the Duat, where he would face final judgment in the court of Osiris, lord of the underworld and the dead.

Twentysomething Rachel Farran dropped out of college after family pressures drove her to the edge. Now disowned by her parents, the only things going for her are her girlfriend, her bestie, and visits to her ailing grandpa, the only member of her family who even really likes her.

When Rachel stumbles into the mystical Veil separating the mortal and spirit worlds, her world is turned inside-out. She soon discovers that she is a Beacon, a descendant of the ancient Fates and a guide for lost souls who can manipulate magical ley threads. But when the malevolent being known as the Spinner harnesses the ley to drag helpless souls through the Veil to devour them, can Rachel learn to control her newfound abilities before her grandpa and many others are lost forever.