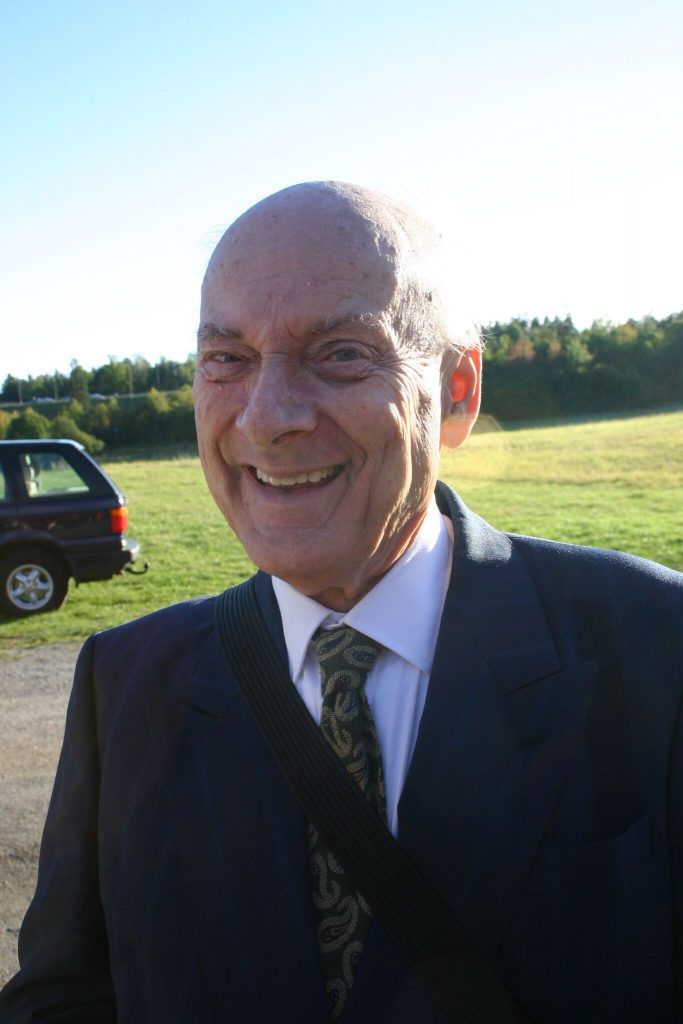 By Karl-Johan Norén: Lars-Olov Strandberg passed away early morning on March 3, never having recovered from a stroke he suffered in January. He was a Guest of Honour at Interaction, the 2005 Worldcon in Glasgow.

Lars-Olov was born July 26, 1929. He was active from the start of Swedish science fiction fandom, present at the first Swedish science fiction con, Luncon in 1956, and on hand with his camera at nearly every Swedish sf con since. He did not make a big mark in this very early fandom, but he was present, and his strong organisational skills were instrumental in making the Scandinavian Society for Science Fiction (SFSF) a success after its founding in 1960. Many of its early meetings were held in his apartment at Folkskolegatan 22.

Lars-Olov held a secure, well-paying job at a major Swedish insurance company, and served as treasurer, secretary, or chairman at nearly every con held in Stockholm, often paying the economic deficit of the cons out of his own pocket. He also used this to make frequent travels to international cons. He visited most Eastercons for nearly forty years, and was a regular at Worldcons as well.

When Swedish fandom started to expand in the 1970s, Lars-Olov was there was well. He was one of the founding members of Forodrim, the Stockholm Tolkien society, where he took the alias of Théoden. He organised the first lasting Swedish fan foundation, the Alvar Appeltofft Memorial Foundation. He was a member of nearly every science fiction club in Sweden. Perhaps most importantly, he was part of the board of SFSF when they acquired the book club of the Swedish publisher Askild & Kärnekull, instantly making the society’s membership several times larger. The publishing activity and postal order store was the foundation of the Stockholm Science Fiction bookstore, nowadays with presence in Stockholm, Gothenburg, and Malmö, and one of the largest science fiction bookstores in the world. It is unlikely that the Science Fiction bookstore could have grown beyond its humble beginnings without Lars-Olov.

I first met Lars-Olov sometime early 1999, when I first went to meet Swedish organised fandom. I think he served as the secretary of the book auction, and he was friendly and unassuming. He was never forward, and I never heard him raise his voice. He was so retiring that one could be excused to think he was not there. But he kept careful notes at every meeting, no matter how small, and he was always there, making Swedish fandom better by being friendly to everyone. A Swedish con or an SFSF meeting without Lars-Olov was something impossible.