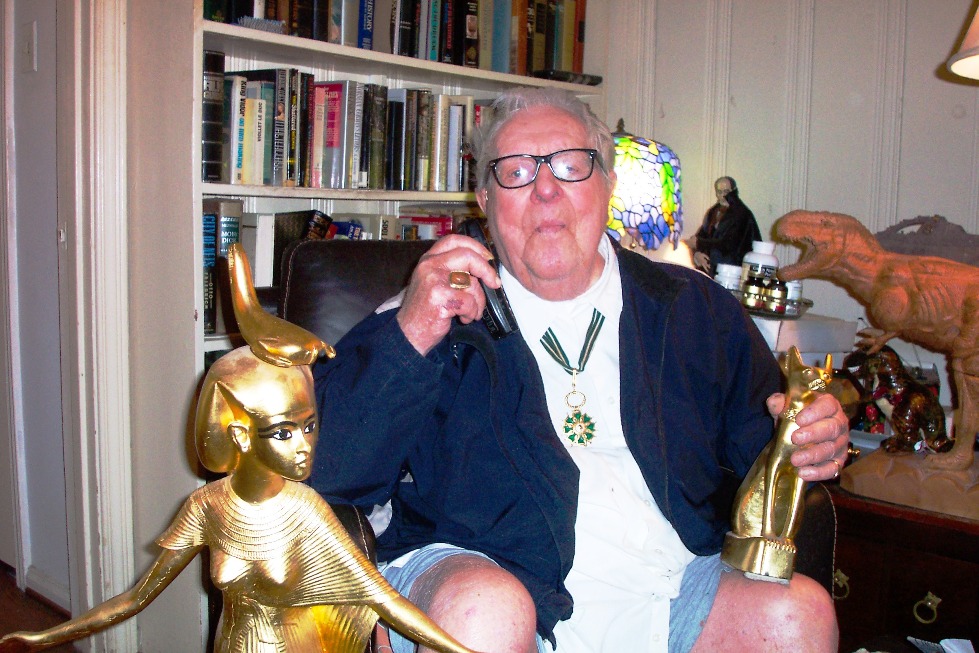 Hear the name of Ray Bradbury and you’re soon thinking about science fiction, libraries, fire… Or so reason the people who added Fahrenheit 451 to the archives of revived Library of Alexandria (Bibliotheca Alexandrina) on March 10 as part of a commemoration of Julius Caesar burning antiquity’s most famous library in 38 A.D.

(Most readers probably recall there’s a bit more to that story. Julius actually ordered some ships in the harbor set afire, but the resulting conflagration carried ashore, burning several structures including the Library.)

The Library of Alexandria finally vanished in the mists of history over a thousand years ago (and who’s to blame for that is a topic of scholarly debate). The Bibliotheca Alexandrina was inaugurated in 2003 near the site of the original Library, to commemorate the old center of learning and carry on some of its work. Now Bradbury’s most famous book is part of its growing collection.

Taking advantage of the interest in the book spawned by this story, Bradbury made a fresh plea for a more accurate understanding of why he wrote it. In an New York Times interview on March 19 he denied that book was a response to McCarthyism. “I wasn’t thinking about McCarthy so much as I was thinking of the library of 5,000 years before…. It burnt three or four times — a couple of times on purpose and once by accident.”

John King Tarpinian sent me this story and took the accompanying photo. He helped the City of South Pasadena (CA) celebrate “Ray Bradbury Day” on March 10. A write-up by the City Librarian appears here. (The article contains a little blooper, stating that the Library of Alexandria “was built for Julius Caesar in 38 A.D.” Uh, no.)