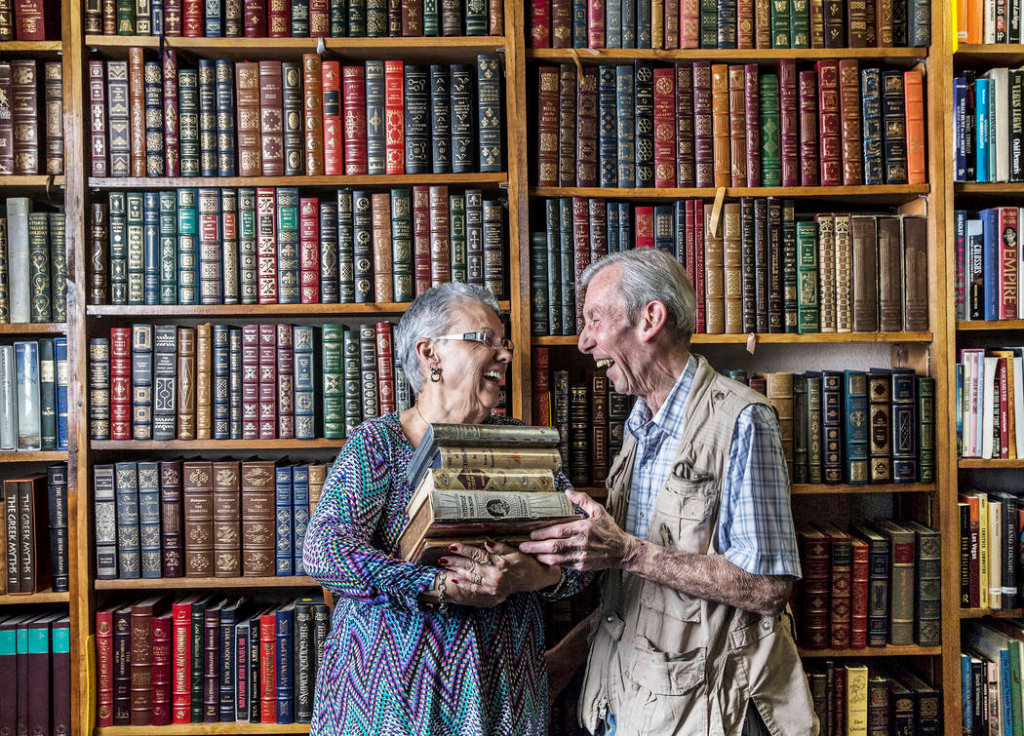 I first met Lou and Myrna some 30 years ago when Amber Unicorn was in its original location on W Charleston. Lou and Myrna have been staples in the Las Vegas science fiction community for four decades. They were among the original dealers for Vegascon 1991 which was held at the Palace Station Hotel & Casino over Nov 1-3, 1991.

Lou was a huckster at fan-run cons for years even before I encountered Fandom. Lou and Myrna ran dealers tables at cons for decades. They did cons in LV, Loscons, Coppercons (in Phoenix, AZ), Westercons, and Worldcons, including Renovation (the 1st Nevada Worldcon, in Reno).

I recently came across a PM which Myrna sent me in 2013, when we were working on a new Fan-run SF con in Las Vegas. Unfortunately, we had to cancel that event. But Lou and Myrna were always willing to help where they could to further any Fan Event.

From a PM sent to Woody Bernardi by Myrna Donato in 2013:

Woody, Between 1984 and 1997 Lou and I exhibited at various Science Fiction cons, that includes quite a few WorldCons, Westercons and other [local cons] throughout the Southwest.

In the early 90’s we put on 6-10 Antiquarian Book Fairs not only here in Las Vegas, but also in Southern California. These Fairs all had a minimum of 125 dealers exhibiting their books and they came from all over the states, England and Europe.

It is difficult for me to imagine a world which Lou no longer inhabits. I’ve been reeling from all the celebrity deaths over the past year or so. The idea that many of the icons of my youth are no longer with us, well I thought those were devastating losses. This, however, hits me far harder since I knew Lou personally. Another longtime friend of mine, in Fandom, passed away just over a year ago. Joyce Worley-Katz and her husband, Arnie Katz relocated to Las Vegas in 1989. It’s my understanding that they went into Amber Unicorn on W Charleston, just over a year later, and it was Lou and Myrna who introduced them to Local Fandom by giving them a flyer for Vegascon 1991.

Lou and Myrna have been stalwarts in Las Vegas Fandom and SW Fandom at large for decades and he will be sorely missed by scores, if not hundreds of Fans.