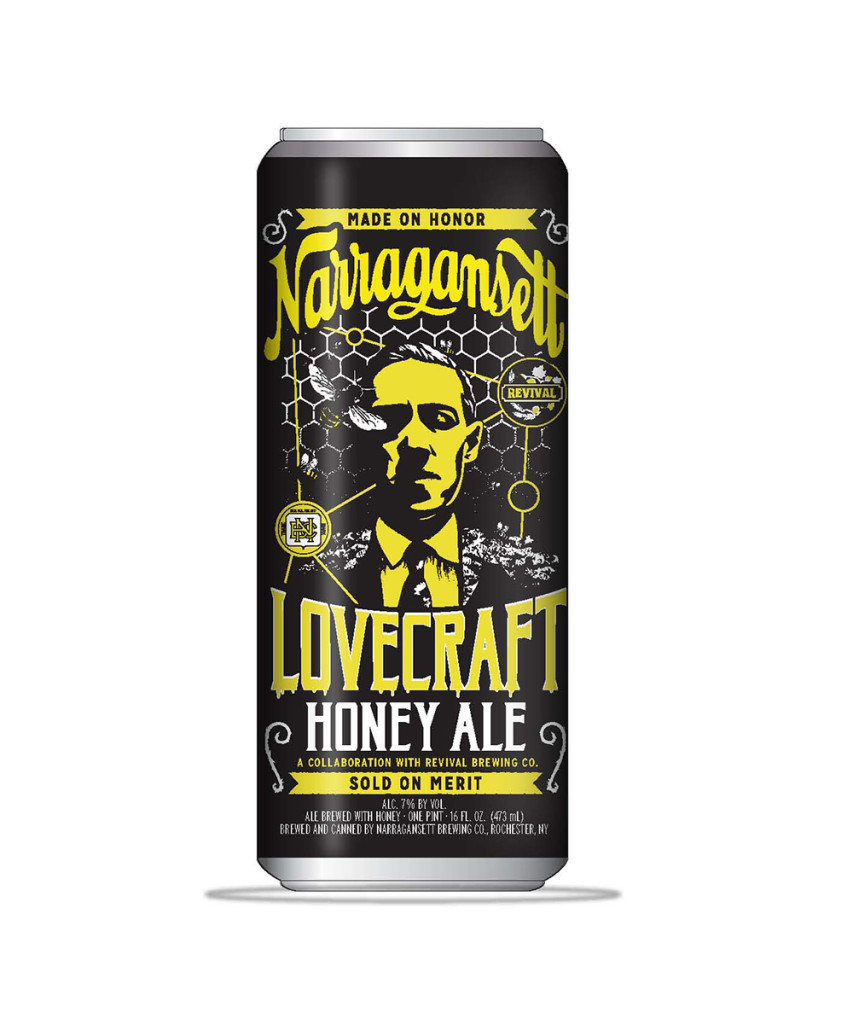 Naragansett Beer will release its Lovecraft Honey Ale on January 19 — birthday of that other genius of horror, Edgar Allan Poe.

The Lovecraft Honey Ale was inspired by the Space Mead consumed by winged Byakhee as protection from “interstellar space travel” in Lovecraft’s “The Festival”.

It is the first in a four-part series of beers honoring Providence’s most famous native son.

“We’re celebrating our 125th anniversary here and this is kind of an extension of what we’ve been trying to do at the brewery, bringing back this great brand through a historical lens and local authenticity,” says Narragansett Beer President Mark Hellendrung. “One of our ‘Gansett Girls is actually a librarian and she had this idea, knowing that Lovecraft’s birthday was in 1890, the same year our brewery was founded.”

The next beer in Narragansett’s Lovecraft series will be an “Innsmouth” old ale, which will be released in April. Its container will have artwork by Jason Eckhardt, an artist and employee at The H.P. Lovecraft Historical Society.

Next time you’re building that bheer can tower to the Moon be sure to include some Lovecraft-themed empties!