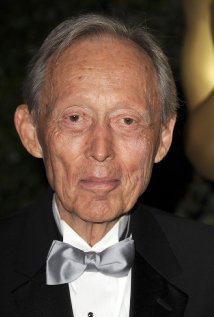 Oscar-winning makeup artist Dick Smith died July 31 at the age of 92. Best known for realistically aging Marlon Brando in The Godfather and F. Murray Abraham in Amadeus (sharing an Academy Award for the latter) he also worked on genre features such as The Exorcist, Scanners, Altered States and The Hunger , and on several episodes of the Dark Shadows TV series.

Smith received an honorary Governor’s Academy Award for his contributions to the field in 2012, which was presented by his protégé Rick Baker. This year he received the Makeup Artists Lifetime Achievement Award.

Earlier in his career he scored a Primetime Emmy for his work on Hal Holbrook’s Mark Twain Tonight! (1967).