Or take a male superhero who’s been around for half a century and change his character into a woman.

What will they think of next?

Apparently they won’t think of anything next. They’re just going to keep doing these two things. 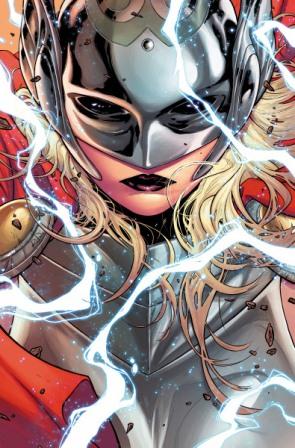 In October, a new, female Thor will rise to replace the Odinson that Marvel readers have known since “Journey Into Mystery” No. 83 in 1962, the company announced Tuesday morning on ABC’s “The View” talk show.

It’s a major shake-up of a Marvel bedrock character, and the company is hammering home that the change is no gimmick.

Sure, this is serious stuff! In that any comics publisher’s definition of serious means — making money. Indeed, the multiplying trend encourages everyone to believe the now-female Captain Marvel and She-Hulk comics must be printing money.

The goal is presumably the same in having Archie Andrews die taking a bullet for his gay best friend – Monday’s headline story.

The famous freckle-faced comic book icon is meeting his demise in Wednesday’s installment of “Life with Archie” when he intervenes in an assassination attempt on Kevin Keller, Archie Comics’ first openly gay character. Andrews’ death, which was first announced in April, will mark the conclusion of the series that focuses on grown-up renditions of Andrews and his Riverdale pals.

“The way in which Archie dies is everything that you would expect of Archie,” said Jon Goldwater, Archie Comics publisher and co-CEO. “He dies heroically. He dies selflessly. He dies in the manner that epitomizes not only the best of Riverdale but the best of all of us. It’s what Archie has come to represent over the past almost 75 years.” 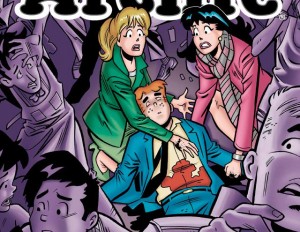 When they think Archie can make more money being alive again he’ll be back, of course. I’m skeptical that the demand will be as strong as it was for Superman, but he’ll be back.

Meanwhile, I predict unlimited potential for Betty and Veronica. Yes, they can be relaunched as guys. Or their characters can follow Archie into the Elysian Fields.

Because there are only two alternatives in the comics industry.

11 thoughts on “Man Does Not Bite Dog”