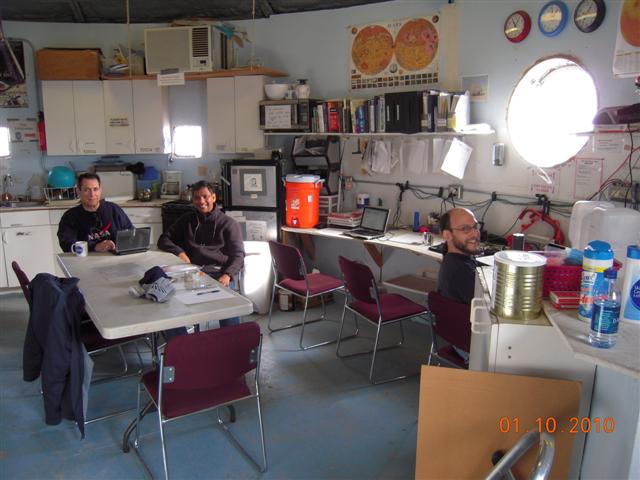 David Levine had just reached Mars before my health problems distracted me from his adventures.

Since I last checked in the crew of the Mars Society’s Mars Desert Research Station (MDRS) has been suffering problems of its own, only one of them medical, though it can’t be overlooked that the engineering problem would have been fatal had it actually occurred on Mars.

The least of these problems was the difficulty of getting to sleep in a strange place. David wrote:

The hab is full of strange noises at night — whirs and thumps and gurgles — making sleep difficult, but eventually I put in earplugs and got a pretty solid night’s rest, finally getting out of bed around 7:00. I understand the ISS is also very noisy.

(Then add to that — getting into bed the next night David banged his toe so badly that he became he became the Health & Safety Officer’s first patient. Fortunately peroxide and mercurochrome, then a bandage, set all to right.)

Noise at night had been a problem. Sudden quiet was the problem by day. Everything dependent on electrical power went silent. When the crew couldn’t get a generator to restart after a diagnostic shutdown — and discovered the auxiliaries had a problem too — they were forced to send for help from Earth, er, Hollow Mountain.

With the Internet out, we had no way to contact Mission Support, and none of us have cell phone service here. Steve tried walking up to Observatory Ridge in hopes of catching a signal, but no dice. Finally Steve, Laksen, and Paul took V’ger into town in hopes that they’d be able to find DG at Hollow Mountain.

(Sidebar: V’ger is our Plymouth Voyager “pressurized rover” and DG is a Hanksville local who is absolutely essential to the continued operation of MDRS.)

DG came and diagnosed the trouble (it’s all in the journal).

Now the crew was free to fulfill its mission, right? Oops, no, make that — to fix the plumbing! Here, David’s home-owner skills helped them avoid a simple solution that would have been worse than the problem.

Anytime David is unleashed on Mars, however, he’s having plenty of success solving the mission’s technological problems, patching helmets, working on power packs, and getting webcams back online:

While lunch was cooking, I also ran up to the Musk Observatory to see if I could fix the #1 webcam there, which was completely washed out even when the sun wasn’t shining directly into its eye. Poking around at the computer there, I stumbled into a deeply-buried settings screen where all the contrast, brightness, and gamma controls were seriously messed up. A simple press on the Restore Defaults button brought the camera back to life. Go me!

I am not a number…

Those power packs have big red numbers. Somebody with a science fictional sense of humor posted a snapshot of Number 6 and Number 2 walking companionably up the arroyo.

Whether that was David’s idea I don’t know. I see there are others in the crew with a sense of humor. A glance at Executive Officer/Engineer Laksen Sirimanne’s blog revealed that meal time brings out his comic side:

0800: Breakfast of instant oatmeal did not work out well. It ended up very sticky and I tossed it away although I should have used it to insulate the water pipes under the Hab.

1400: Lunch was Raman instant noodles and tea. I had two packets which had enough Sodium to Terraform most of Mars.

All this stuff is great raw material for a story. And who better to write it than…

The first sf writer on Mars

1 thought on “Meanwhile, Back on Mars…”