The passing of Michel Parry, horror author and anthologist, was reported November 1. He was 67 and had been diagnosed with cancer some years ago.

James H. Burns says, “I would have first ‘met’ Parry in the pages of Castle of Frankenstein, but I think his anthologies were probably encountered by everybody.” 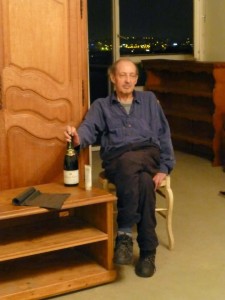 Parry edited about 30 anthologies, including the six-volume Mayflower Book of Black Magic Stories series, the multi-volume Reign of Terror Books of Great Victorian Horror Stories for Corgi, several others co-credited with Christopher Lee, and The Rivals of Dracula, The Rivals of Frankenstein, and The Rivals of King Kong. Most came out within a five-year period in the 1970s.

His own fiction included a film novelization, Countess Dracula, Agro (as Nick Fury), and Chariots of Fire and Throne of Fire with Garry Rusoff.

He had the negative distinction of having two novels pulped. The first was More Devil’s Kisses, credited to Parry’s pseudonym, Linda Lovecraft (an amalgam of Linda Lovelace and H. P. Lovecraft) due to a complaint that one of the stories involved “some explicit goings-on at a children’s party.” The other was Agro, because of complaints that the book libeled the Hell’s Angels. (Parry then revised the book and a different publisher released it under his own name.)

He worked on horror films, too, writing and directing the short film “Hex” in 1969, and writing the screenplay for The Uncanny (1977), starring Peter Cushing, Ray Milland and Donald Pleasence.

For Castle of Frankenstein he conducted an in-depth interview with Christopher Lee that was serialized over several issues.

James H. Burns also observes: “It is odd, and sad, that four of the early, and in at least one case KEY contributors to Calvin T. Beck’s fantasy film magazine, Castle of Frankenstein have passed within the same year: Bhob Stewart, Larry Ivie, John Cocchi, and now Parry.”