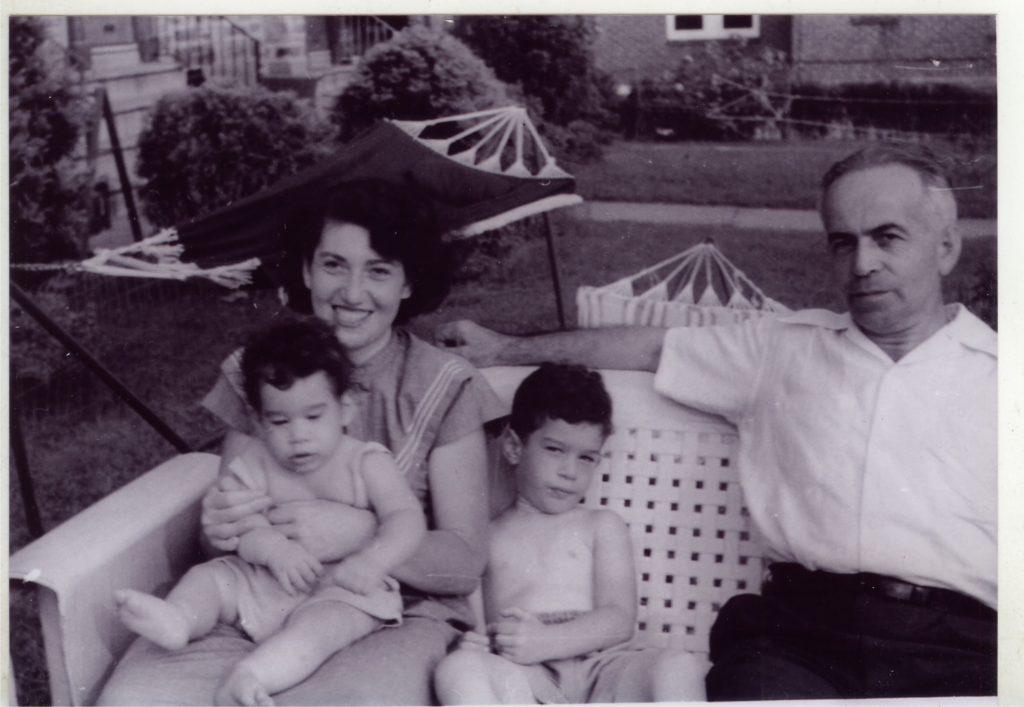 By Steve Vertlieb: This is a love letter to my dad. It’s Father’s Day and, while there isn’t a moment that goes by when he isn’t alive in my thoughts, the inspiration that fuels my heart, I guess that his memory becomes ever more special to me, ever more dear, on this day that honors dads. I know that everyone thinks that their dad was, or is, the most wonderful dad who ever lived, but he and I know the truth. No other dad ever possessed the purity of soul, and of tenderness, that was his. He seemed, at times, the wisest man on Earth. Whenever I needed advice or direction, his words seemed to guide me toward right and satisfying conclusions…and yet there were times when I might confidently have sworn that he was no older than I. There was a gentle sparkle in his eyes that radiated almost childlike wonder…a tender innocence of spirit that joyously belied his age. His silver hair always made him appear older than his years, but those silver threads shone in wondrous profusion, and reflection of God’s lyrical rhapsody.

As a little boy, I idolized the fatherly images of Western star Hopalong Cassidy, as portrayed by William Boyd. Hoppy was unlike other heroic cowboy movie stars of the period in that his hair was prematurely silver, as well. His hair sparkled as vibrantly as his famously white stallion, Topper. Hoppy represented everything that was strong, good, and wholesome to a generation of boys my age and now, as my own hair magically sparkles in well-earned luminescence, it occurs to me that it was actually my dad astride that gallant stallion, adorned in spectacular black hat and attire, bringing bad guys to justice, while rescuing the downtrodden and innocent. If other children teased me about his superficially elderly appearance, I found solace and quiet redemption in the darkened theaters of my youth watching the embodiment of my dad ride across dusty Wyoming trails atop his brilliant steed in the unforgettable imagery of Hopalong Cassidy. Yet, it was actually my father who secretly became my Saturday matinee silver screen role model and hero.

I know that our relationship sometimes sailed upon troubled waters. Perhaps, it was because we were too close…too similar…too much the same person. It is when I gaze into the mirror now that I often see his face. It is when I speak aloud that I frequently hear his voice. If I grow frightened or afraid, I know that it is his own insecurities that continue to haunt me. If I feel pride over some accomplishment or achievement, I know that the best that I can be is the finest that he ultimately was. Whatever goodness dwells within me is simply the tender legacy of the sweet and gentle soul that dwelt eternally within his fragile frame.

When I was but a small and lonely child, his shadow and influence stretched out in immensity across my path, a wondrous tapestry of goodness, offering shelter and comfort from the imagined terrors about me. When I grew to strength and maturity, he became the child and I was, in times of quiet desperation, His sturdy blanket of security and peace. Some years ago when my dad led his loyal family on a Summer excursion to the shore, we were accompanied by a succession of small, medium, and very large suitcases on our journey. Ever a gentleman, and an undeniably proud remnant of the “old school,” he insisted upon becoming the valiant protector of our small entourage, shouldering the brunt of the heavy luggage on his own. He wanted us to have faith that he was the strong head of our household, and that he would lovingly make any sacrifice in order to spare us the burdens of toil or drudgery. He was not a young man, and my mother grew understandably concerned for his safety and physical well-being Reacting from emotional fear, rather than cool logic or deliberation, she yelled at him to put down the luggage, reducing his stature before a crowd of strangers, and unwittingly humiliating him. My dad retreated from the limelight, and walked silently away from us. He had only wanted to be a hero to his family. Instead, he felt somehow emasculated…no longer a man. I followed him to see if he was all right, and I could see that he was crying. I went back to my mom to let her know what had happened, and she wept “Oh, My God,” racing to his side to hold and reassure him that she loved him, and was only concerned for his health. I saw in that moment that my dad was not a super being, but merely a man, a gentle, fragile soul as conflicted, frightened, and vulnerable as the rest of us. 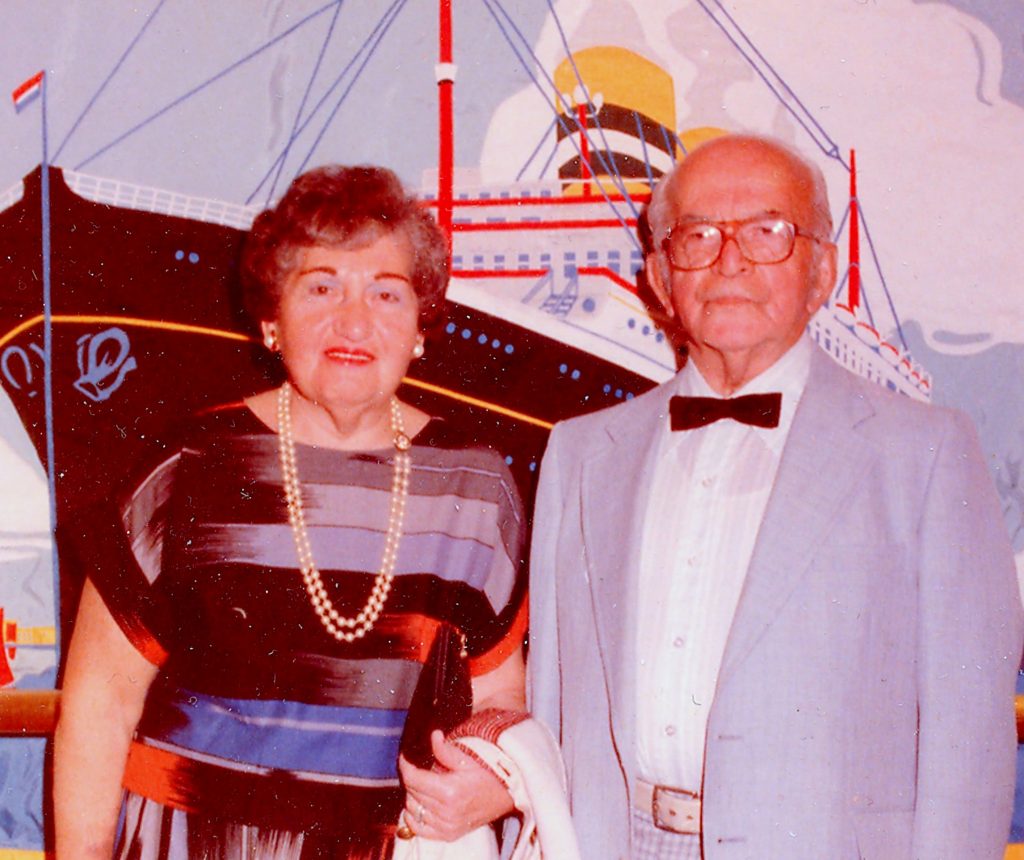 Yet, whether healthy or sick, strong or frail, youthful or aged…he was always unfailingly there…ever at my side…until his legs would no longer hold him erect…until the breath of life and sustenance would no longer support him. One day, several months before his death, I took him out to lunch, and we shared several meaningful hours together as joyful father and son. We sat together on a bench, and I observed his frail, trembling hands. I took them in mine, looked into his eyes, and told him that I loved him. He looked sheepishly down at the ground, embarrassed somehow, but obvious moved. He smiled at me, and said “I know.” As I held his hands tenderly in my own, and gazed into his fatherly image, I felt that he had ascended at last to the spiritual summit of sublime humanity and that, in that miraculous moment, that God and he were as one.

On this Father’s Day remembrance, I need to tell my dad that he remains, even now, the very best of me. I am his proud legacy…and he is mine. His love was unconditional and is, as it was, a cherished chord in my own enduring melody…for, without him, I could never have become the man that I am. Each of us, in every successive generation, rides through life upon the shoulders of those giants who have gone before us, basking in their accomplishments, reflecting their virtues, yet perpetuating their legacy by building upon the foundation that they have so nobly pioneered on our behalf. I doubt that a moment has gone by or expired in the thirty years since my dad left us that I haven’t asked myself if I’ve honored his memory today, or somehow expanded the building blocks that he so gracefully lifted me upon by his own cherished example. I try each day to live my own life as he lived his…in honesty, decency, integrity, and in the profoundly sacred nobility and goodness that characterized his soul. I kiss the fragrant image and memory of his cheek. I grasp the sacred recollection and warmth of his hand, and I am forever comforted by the sweet reality that he lives on within each vaporous breath that I absorb…My Father…Myself. 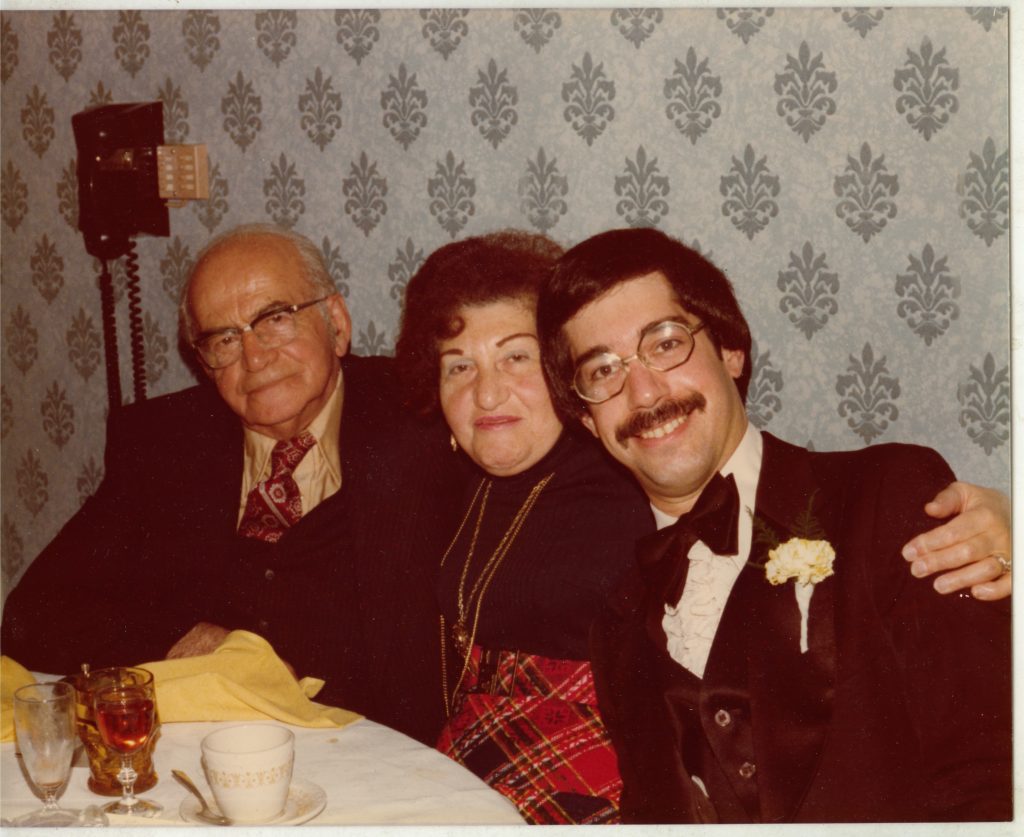