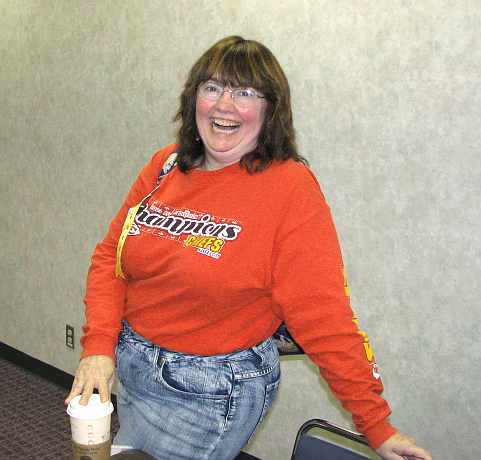 KCMO fan Nancy Nutt passed away October 22. She had seen a doctor recently, who “detected some heart issues” according to Tom Meserole. 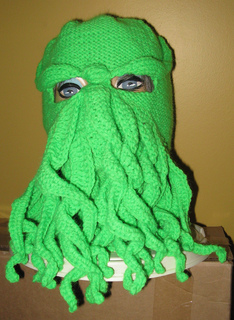 Her friends testify to her creativity and sense of humor. Just one example is her Cthulhu Ski-Mask crochet pattern. A reviewer noted, “Nancy Nutt’s Cthulhu Ski Mask is decorated with pronounced eyebrows to give it that ‘evil look’ and has a number of tentacles that cover the mouthpiece. So at any point in time you’re on the slopes or at a party and want to want to take a swig of your favorite beverage, there’s no need to even remove the mask. Just part the tentacles like Moses did with the Red Sea and party on, Wayne.”

She served as the director of KaCSFFS, the Kansas City sf club, 25 years ago.

Her conrunning resume (as much as I could find with Google) included working logistics at Denvention in 1981 and co-chairing ConQuesT 19 in 1988.

2 thoughts on “Nancy Nutt Passes Away”