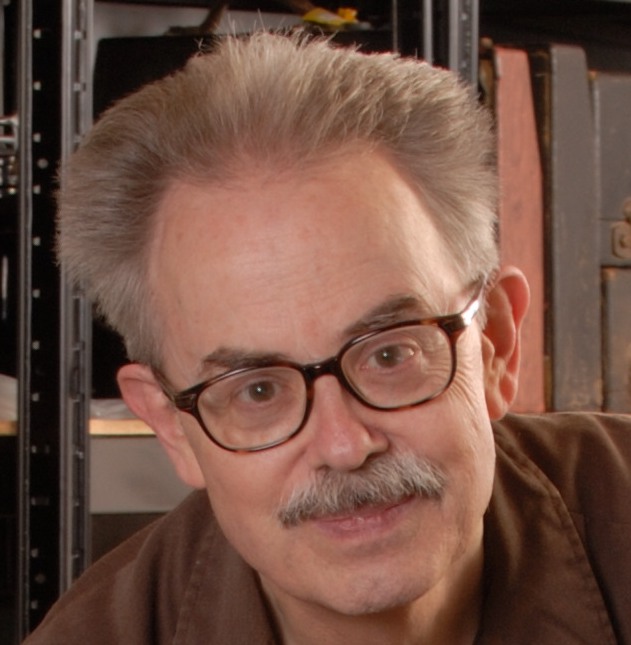 Southern fan Cuyler W. “Ned” Brooks died August 31. The 77-year-old had been on his roof making repairs when he fell off and died.

He was in his sixth decade as a fan, a life begun by answering a small ad in a science fiction magazine, “Discover fandom for $2.”

In 1963 Ned attended his first Worldcon, Discon in Washington, DC. In the mid-1960s he was also involved in the National Fantasy Fan Federation (N3F) and edited its Collector’s Bulletin. In 1972 he won the organization’s Kaymar Award, given for service.

Ned joined the Southern Fandom Press Association (SFPA) in May 1967 and remained a member the rest of his life. His SFPAzine, The New Port News, reached #200 back in September 2001. The last issue in July was #282.

He co-founded Slanapa, (Slanderous Amateur Press Association), a monthly apa with rotating Official Editor. He was OE for the August 2015 mailing, the 547th, which members received about a week ago.

Ned gained fame throughout fandom by publishing 28 bimonthly issues of It Comes in the Mail (1972-1978), and around three dozen issues of a review-oriented successor, It Goes on the Shelf, which he started in 1985.

“[It Comes in the Mail] worked on the basis that I would comment on everything pertaining to science-fiction and science-fiction fandom that I got in the mail,” he once explained. “It died of success — with only an electric typewriter and a mimeograph machine, I could not keep up – the larger the zine got, the more came in the mail.”

People were impressed with the relentless effort required to do It Comes in the Mail – including Donn Brazier, who in 1972 made Brooks one of the first 13 fans on the mailing list for his soon-to-be legendary fanzine Title.

Tim Marion recalls that Brooks not only introduced him to fandom in the 1970s, but published Tim’s first zines for him on his ditto machine.

Brooks’ worklife was spent as a NASA wind tunnel engineer, hired after graduation from Georgia Tech in 1959. D. Gary Grady once visited Brooks’ home where he saw “hanging over the stairs to the basement was a net, one used by NASA to catch tiles that fell off the Shuttle during launch. If I recall what he said correctly, the tiles were tested in the wind tunnel he helped run at NASA’s facility in Langley Virginia until his retirement.”

In recent years he notably did generous yeoman work copying things in his collection for other people’s research and projects. He donated fanzines to help fill in gaps in the archives of the Eaton Collection at UC Riverside. And he was interviewed about his devotion to paper fanzines for a pre-Dragon*Con feature in the Atlanta Constitution-Journal in 2010 – although he never attended the con. (Read the full story here.) 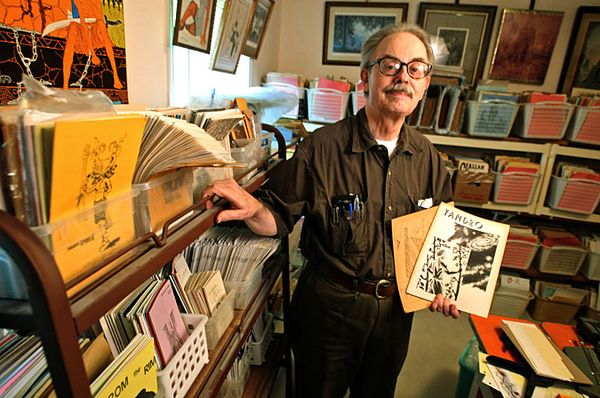 Ned Brooks with his fanzine collection. Photo from the Atlanta Journal-Constitution.

Don’t be fooled, though, Ned engaged in internet fanac, too. As of this writing his website is still online. Also, in June 2014, Brooks brought the quasiquote to the attention of the Shady Characters blog (about “The secret life of punctuation”).

Andrew Porter reports, “He did have a will, and his family is aware of the value of his many collections. They will do the right thing by him, and dispose of them with the assistance of fandom.”

[Thanks to Steven H Silver, Tim Marion, Taral Wayne, Kyla and Rich Lynch for the story.]