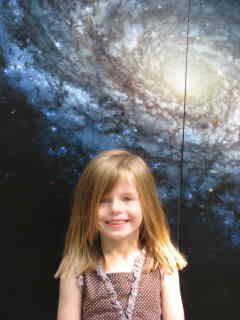 Today we bundled Diana off to the airport. It was an emotional goodbye, especially for Sierra, because Diana is going to for two weeks – an unimaginable length of time for a 6-year-old who’s probably spent a total of four nights apart from her mom in her entire life. Fortunately, Diana’s mother, Christel, will stay with us for a few weeks.

Diana is speaking at Oxbridge 2008. Every three years, the C. S. Lewis Foundation takes a group to spend a week at and a week at hearing from Christian intellectuals about a variety of topics, viewed through the prism of C. S. Lewis’s writing.

Diana will be a plenary speaker and workshop leader. Her plenary address is titled, “C.S. Lewis and the Algebra of Friendship.” It explores Lewis’s adaptation of Charles Lamb’s idea that our ability to know people is multiplied by mutual friendships. One of her examples is:

When Charles Williams died, Lewis felt the loss of his friend very keenly. But when he writes about his loss, he emphasizes that he has not only lost Williams, but he has also lost the way that Williams brought forth different sides of his other friends. He laments, “Now that Charles is dead, I shall never again see the particular way that Tolkien used to laugh at his jokes.” He continues, “Instead of having more of [Tolkien], even though I have him all to myself now that Williams is away, I have not more of Tolkien, I have less.”

Consistent with her theme, we’ve invested several weeks planning to manage all the logistics of household life while Diana’s away. I’ll next see Diana when she flies into for the Worldcon; we’ll both be getting there on Friday.