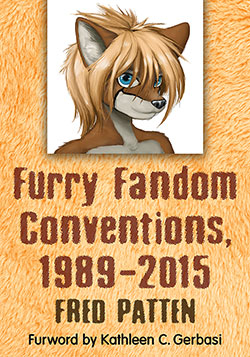 Patten says, “This is the first study of furry fandom published by a publisher outside of the furry specialty press itself. It indicates that furry fandom is becoming an accepted subject for academic study.”

Furry fandom—an adult social group interested in anthropomorphic animals in art, literature and culture—has grown since the 1980s to include an estimated 50,000 “furries.” Their largest annual convention drew more than 6,000 attendees in 2015, including 1,000 dressed in “fur suits” or mascot-type animal costumes. Conventions typically include awards, organizations, art, literature and movies, encompassing a wide range of creative pursuits beyond animal costuming.

This study of the furry subculture presents a history of the oft-misunderstood group and lists all conventions around the world from 1989 through 2015, including organizers, guests of honor and donations to charity.