John King Tarpinian tells me it’s not too early to start making my Father’s Day wish list and that my life will not be complete until someone gives me a Darth Vader Toaster. 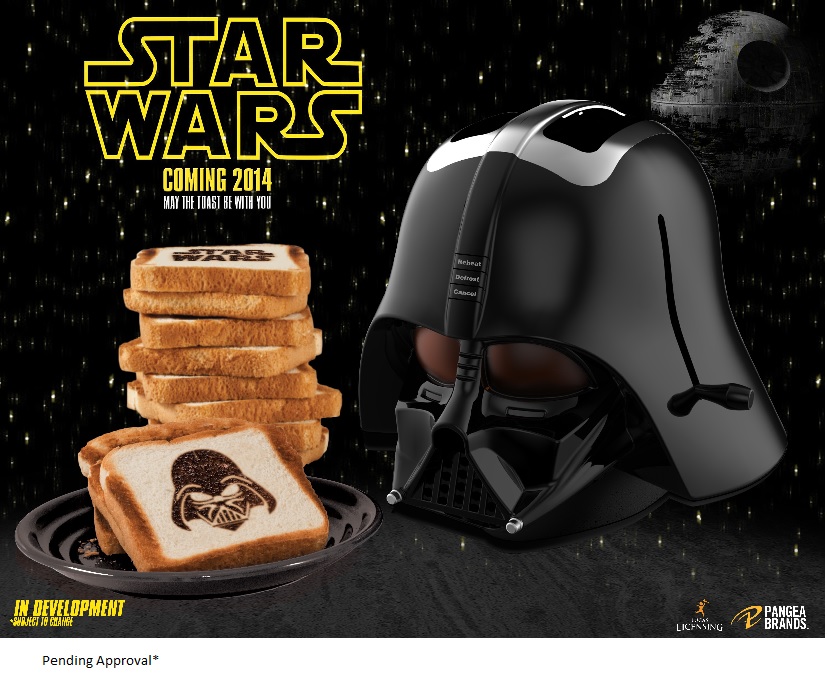 Question: Which side of the toast do you butter? It’s an old sitcom joke that a dropped piece of toast always lands buttered-side-down. Where does it land when Darth is on the buttered side? Won’t the Force keep Darth’s face off the floor?