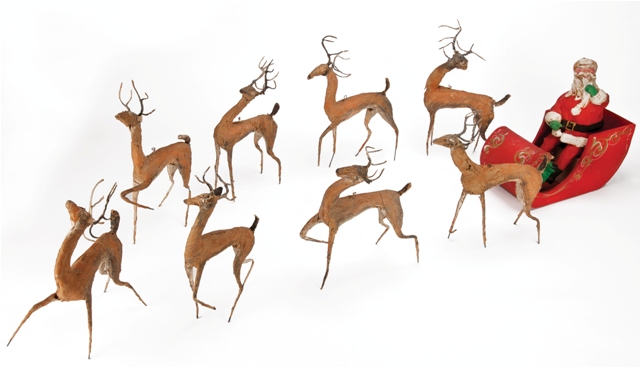 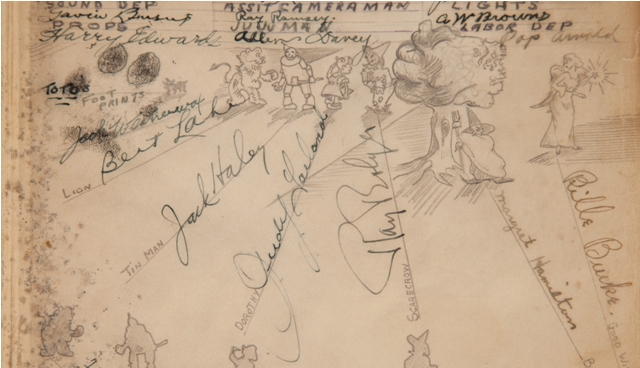 Calabasas, CA—An original one-sheet poster from the Universal horror classic The Invisible Man ($200,000-$300,000); an incredible offering of material from Academy Award-winning visual effects genius Stan Winston, including an original screen-used Johnny Depp costume and display from Edward Scissorhands ($100,000-$200,000) an original full-scale, screen-used battlefield T-800 Endoskeleton from Terminator 2: Judgment Day ($150,000-$250,000); the stunning collection from Academy Award-winning visual effects pioneer, Phil Tippett, including multiple Star Wars Cantina Creatures ($60,000-$120,000 EACH), an AT-AT Imperial Walker from The Empire Strikes Back ($40,000-$60,000) and stop-motion RoboCop puppet from RoboCop 2 ($25,000-$35,000); original iconic matte painting from the opening scene in The Wizard of Oz ($80,000-$120,000); a complete hero Brandon Routh Superman costume from Superman Returns ($50,000-$70,000); Bela Lugosi “Ygor” green suede costume from Son of Frankenstein ($80,000-$100,000), and Santa himself—complete with sleigh and reindeer— the original prop Santa Claus, sleigh and reindeer from the opening scene of Miracle on 34th Street ($20,000-$30,000) will be among the 1300+ items being offered by Profiles in History, the world’s largest auctioneer of Hollywood memorabilia and the “star” of the hit Syfy Network television show, “Hollywood Treasure,” at their upcoming Winter Hollywood Auction, December 17-18, 2010. The two-day event will take place at the Saban Theatre, 8440 Wilshire Boulevard in Beverly Hills.

Worldwide bidding begins at 12:00pm (noon) PT both days. Bids can be placed in person, via mail, phone, fax or live on the internet by visiting www.profilesinhistory.com or www.iCollector.com.

If you’re looking for a “one-of-a-kind” holiday gift for the film or television fan that has everything, you won’t find anything better than this.

In addition to aforementioned iconic props, costumes and set pieces, Profiles in History Auction #43 will include an incredible selection of items that sprung from the mind of visionary filmmaker, Tim Burton, including stop-motion puppets and artifacts from The Nightmare Before Christmas, Corpse Bride, James and the Giant Peach, Sleepy Hollow and Mars Attacks!, an unprecedented selection of pieces from the collections of Academy Award-winning visual effects geniuses, Phil Tippett, Stan Winston and Richard Edlund, (featuring pieces from such landmark films as Star Wars, Raiders of the Lost Ark, The Terminator, Jurassic Park and Edward Scissorhands) and one of the most important collections of original camera negatives from the Golden Age of Hollywood to ever reach the auction block.

“The scope of this sale is unprecedented. We literally have something for everyone. Be it The Wizard of Oz, Universal horror, Star Wars, The Terminator or Tim Burton. This is the finest offering of Hollywood memorabilia we’ve ever assembled for collectors…and just in time for the holidays!”
–Joe Maddalena

Founded in 1985 by Joseph Maddalena, Profiles in History is the nation’s leading dealer in guaranteed-authentic original historical autographs, letters, documents, vintage signed photographs and manuscripts.  Profiles in History has held some of the most prestigious and successful auctions of Hollywood memorabilia. Their auctions include costumes, props and set pieces from both vintage and contemporary film, television, and rock ‘n roll. Profiles in History’s location in Calabasas Hills, CA– virtually a stone’s throw away from every major Hollywood studio – ensures a constant flow of fantastic and rare collectibles. With an extensive network of dealers, collectors, and institutions, they are proud to play an important role in the preservation of motion picture history.