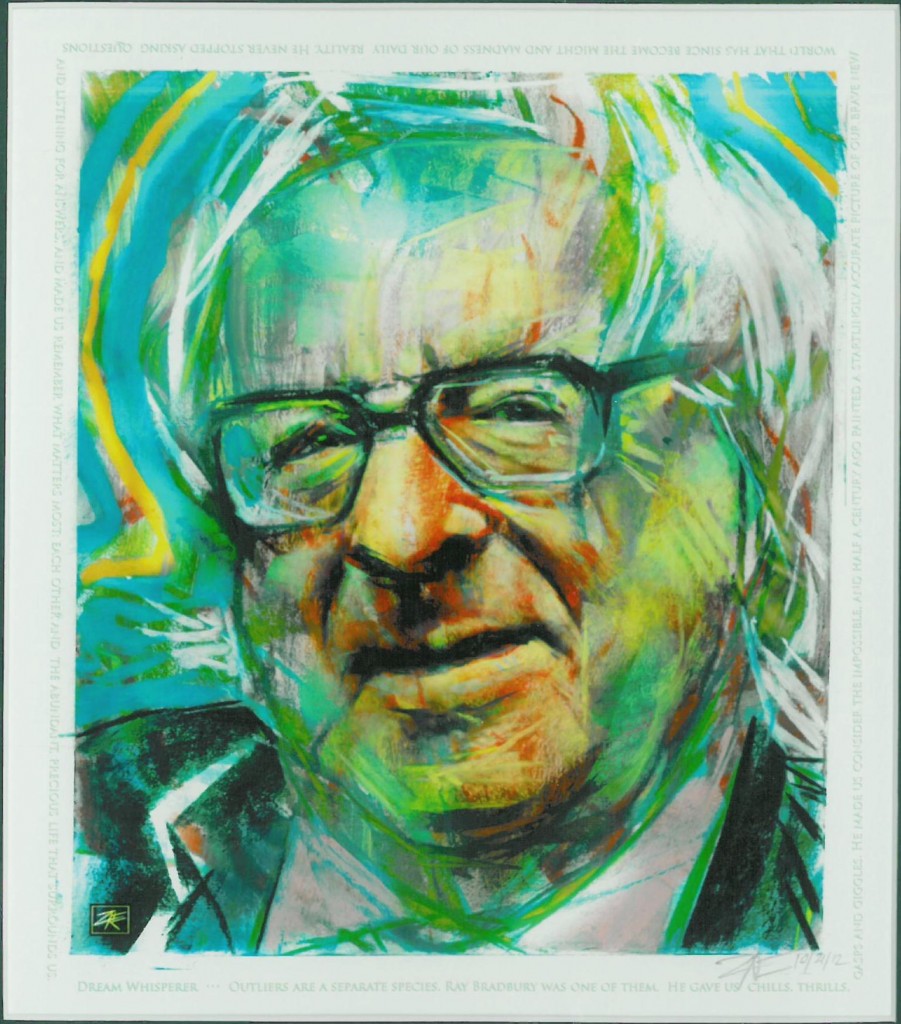 By Carl Slaughter: I put in a lot of mouse time, a lot of chair time, and a lot of headphone time going through YouTube watching talks with Bradbury. His oral storytelling skills are almost as good as his print storytelling skills. Some of these stories I found already transcribed on the Internet, some I had to transcribe myself. Most of these stories were told at writers conferences.

He kept telling the writers not to listen to the idiots who try to shut you down and shut you out. So this theme of Bradbury versus the idiots developed in his talks. I selected the three best stories on this theme. And of course, Bradbury’s point in the end of all these stories is that if don’t listen to the idiots, you’ll eventually be vindicated. He used his personal experiences with naysayers, and his overwhelming vindication, to convince people, in this case writers, to believe in themselves

Ray Bradbury Versus the Smithsonian Observatory:

The Smithsonian Observatory hired Bradbury to revamp their presentation.

They were not happy with the way he jazzed up presentation. His defense: “You’ve got people falling asleep during your presentation!”

They were also not happy with his text and contended with him on several points, especially on scientific accuracy. He submitted a 32-page script. They sent back 28 pages of corrections.

He sold the same presentation to the Air and Space Museum in Los Angeles. It’s entitled, The Great Shout of the Universe: The Creation of Mankind in the World.

As Ray Bradbury told it:

So I got over there, and David Frost said, “I am now going to introduce an American genius.” I said, “That’s got to be me.” And he immediately introduced the next guest, Engelbert Humperdinck. Well, I was very upset. And then he said, “And the next guest after this is Sammy Davis, Jr.” And so they both got up and sang their stupid songs.

I walked off the show. Smoke was coming out of my ears. And the producer came running after me

He said, “What are you doing out here?” And I said, “I’m leaving the show.” I said, “That man in there is an idiot. He doesn’t realize the most important moment in the history of mankind – our landing on the moon. And he’s ruined this special night. Get me out of here.”

So they put me in a cab, and I went across London. I did a show with Walter Cronkite. I stayed up all night – I cried all night. I was on four or five different TV shows, on Telstar around the world.

And at 9 o’clock in the morning, I walked back across London, very happy and full of cheer, but totally exhausted. And I got out in front of my hotel, and I saw a little, tiny newspaper there. This wonderful, wonderful headline:

“The astronauts walk at 6 a.m.- Bradbury walks at midnight.”

I had a thing happen to me when I was 9 years old, which is a great lesson.

That was in 1929. A single comic strip in the newspaper sent me into the future. The first comic strip of Buck Rogers.

In October 1929 I looked at that one comic strip, with its view of the future, and I thought, “That’s where I belong.”

I started to collect Buck Rogers comic strips. And everybody in the fifth grade made fun of me. I continued to collect them for about a month, and then I listened to the critics. And I tore up my comic strips. That’s the worst thing I ever did.

Two or three day later, I broke down. I was crying, and I said to myself, “Why am I crying? Whose funeral am I going to? Who died?” And the answer was, “Me.” I’d torn up the future.

And then I sat down with myself, and I was crying, and I said, “What can I do to correct this?” And I said, “Well, hell, go back and collect Buck Rogers comic strips! For the next four or five years, move into the future. And don’t listen to any more damn fools after this.”

And that’s what I did. I started collecting Buck Rogers again. And I began to write when I was 12 years old, about going to the moon, about going to Mars, about moving out into the universe.

Thank God I made that decision. Against all the people who said don’t do that.

Because science fiction in those days didn’t exist. We had maybe two or three books a year. You had to wait for six months, or eight months, for a new book to come out.

So I made my decision – I began to write. 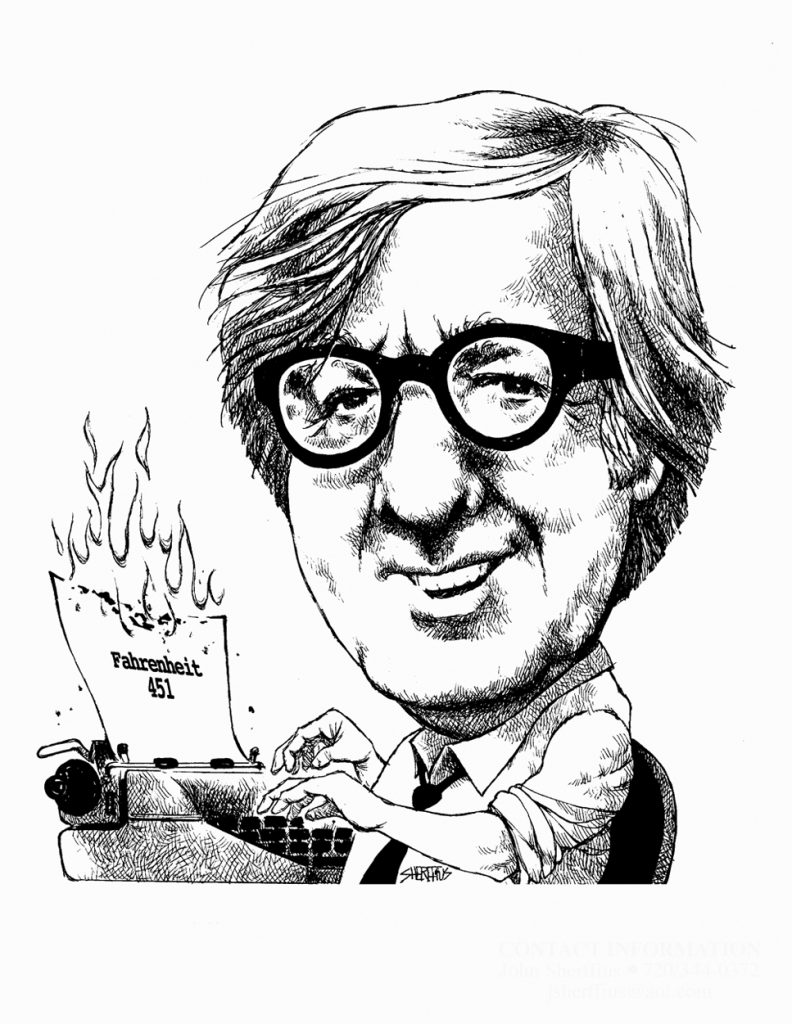 29 thoughts on “Ray Bradbury Versus the Idiots”