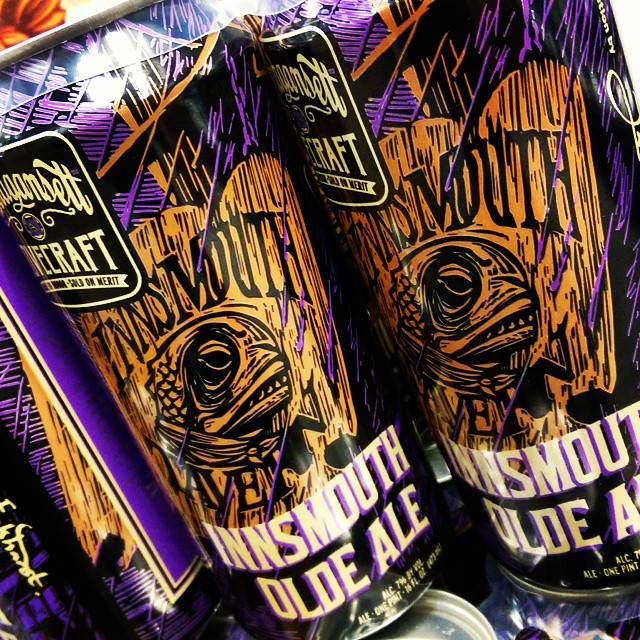 Narragansett Beer has released Innsmouth Olde Ale, the second in a planned series of four fermented tributes to the work of H.P. Lovecraft.

Chapter 2 in the Lovecraft Series draws its inspiration from “The Shadow Over Innsmouth,” one of our favorite Lovecraft stories which chronicles one man’s ominous visit to the fictional sea town of Innsmouth, Massachusetts. The dark, malty Innsmouth Olde Ale represents the shadow that hangs over the blighted town of Innsmouth and its strange inhabitants that spawn from the “Deep Ones.”

The container is designed by Jason Eckhardt, an artist and employee at The H.P. Lovecraft Historical Society.

Brewed in collaboration with Sean Larkin, Head Brewmaster for Narragansett and owner of Revival Brewing, Innsmouth Olde Ale is described as “our interpretation of the select stock ales served at taverns and roadside inns both found in Olde England and Olde New England, much like how we imagine the very inn that the unnamed protagonist visits in Lovecraft’s story.”