Traveling to our nearest stellar neighbor becomes an increasingly tangible vision. Not just for sf readers, or the countless thousands of Civilization gameplayers who built and launched the starship to Alpha Centauri, but the general public.

Witness the latest installment of NPR’s Studio 360 podcast, “How To Fly To Alpha Centauri”, in which the Benford brothers, former astronaut Mae Jemison of 100 Year Starship, and Marc Millis of the Tau Zero Foundation, set the vision. 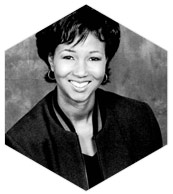 Mae Jemison is the Principal of the 100 Year Starship Trust:

“That time frame is reasonable, why?” she asks rhetorically. “If you said ten years — ‘Nah, we know that’s not long enough.’ If you said 500 years, people would say, ‘I can kick back for another two to three hundred years because I don’t have to worry about it.’ One hundred years is close enough.”

Nor can the idea be dismissed as unattainable:

Gregory Benford likes to remind us of how greatly we underestimate the pace of change. “Thomas Jefferson said in 1812 that it will take 1,000 years for the republic to reach the Pacific. He never envisioned that 57 years later, a train would run all the way to San Francisco.”

Especially when people are already at work on technological concepts that might provide the key:

James Benford is president of a company that does microwave research; his identical twin brother Gregory is an astrophysicist at the University of California, Irvine. The Benfords make a strong case for a technology right out of a science fiction novel. The technology is the beam sail, and the book is Rocheworld, written by Robert Forward in 1982. “[It’s] a very solid scientific concept for a starship,” James says.

A beam sail is like a regular sail — “envision it as a giant umbrella, maybe 100 meters across,” says Gregory — pushed with microwave beams, instead of wind, to extremely high speeds.

3 thoughts on “Set the Controls for Alpha Centauri”