(1) On the fifth anniversary of the first Twitter message, the BBC News Magazine ran down the first message sent using various technologies:

We should be able to easily answer “What was first line a fanzine?” – after, say, 25 years of theological debate about what was the first fanzine. Was it a publication started under the influence of Amazing Stories? Inspired by some other prozine’s letter column? Does it predate traditional fandom, produced by Lovecraft fans or someone in a mundane amateur press association?

Also, though Google says it doesn’t have a record of the first search, why wouldn’t it have been the user searching for hits on his own name: isn’t that everyone’s first search? 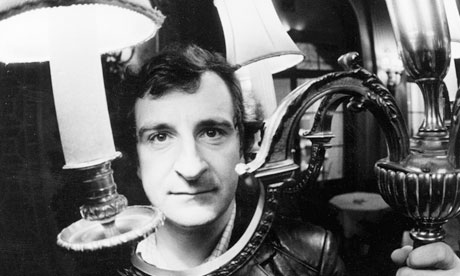 (2) A novelization of Douglas Adams “lost” Doctor Who serial “Shada” will be published next year:

[Douglas] Adams wrote three series of Doctor Who in the late 1970s, when he was in his twenties and The Hitchhiker’s Guide to the Galaxy was first airing as a BBC radio comedy. Shada was intended as a six-part drama to finish off the 17th season, with Tom Baker in the role of the Doctor.

The story features the Time Lord coming to Earth with assistant Romana (Lalla Ward) to visit Professor Chronotis, who has absconded from Gallifrey, the Doctor’s home planet, and now lives quietly at Cambridge college St Cedd’s…

Chronotis has brought with him the most powerful book in the universe, The Worshipful and Ancient Law of Gallifrey – which, in a typical touch of Adams bathos, turns out to have been borrowed from his study by a student.

The production was interrupted by a labor action and shooting was never completed.

(3) Another recently recovered stfnal treasure is the “ConAdian Internet Information Desk”, the first Worldcon information website, created by Brian Lucas for the 1994 Worldcon, held in Winnipeg. It was originally hosted on a University of Manitoba server. In March, Chaz Boston Baden discovered he possessed a zipfile of the site — at 100K, far too big to e-mail in ye olde days — on a 5 1/4″ floppy found while he was clearing out obsolete media.

(4) There are sf fans and sports fans, but probably not very many sf sports fans. (Rollerball, anyone?) But somebody has spent hours of his life he’ll never get back compiling the box score from the movie Space Jam:

Both teams shot an extraordinary percentage from the field, due in large part to the vast majority of field goals scored by dunk. In fact, only one field goal was missed during the action in the film — Bupkus was thwarted by the initiative of one Wile E. Coyote and his timely detonation of a small cache of explosives strategically placed around the hoop.

His colorful, iconic octopus pieces are so playfully energetic it is easy to imagine them squirming to life and wrapping a charming tentacle over one’s shoulders.

Yes indeed. In fact, they may produce unexpected savings on the electric bill by frightening people out of turning on the lights.

Due to the number of people we had on the waitlist for tables, we’ve been negotiating with our hotel and have been able to take additional space.  As a result, we’re expanding the size of our dealer room (all dealers will be in one room, it involved opening up some removable walls).  We now have 140 tables sold — making it our largest dealer room ever!

When I go to a con I’m always pleased to see a wide variety of dealers on hand. Yet as a conrunner I wonder how happy the dealers were to read the news. When there isn’t enough customer traffic to go around because the ratio of members to tables is too low, the dealers have a hard time making money.

Featuring interviews with fans, staff, performers, artists, stars and would-be superheroes, the documentary examines the sense of community and acceptance that forms among this often ridiculed and marginalized subculture. FOUR DAYS AT DRAGON*CON captures the heart and soul of this quirky and fascinating annual event with footage of the Dragon*Con parade and a stirring climax centered around an ambitious attempt to break the world record for dancing to Michael Jackson’s “Thriller.”

Times have changed, but what exactly has changed? Does fandom now attract that many people who can dance? Or did fashion change and make fans’ uncoordinated zombie-like gyrations the height of terpsichorean artistry?

[Thanks for these links goes out to David Klaus, Isaac Alexander, Chaz Boston Baden and Andrew Porter.]