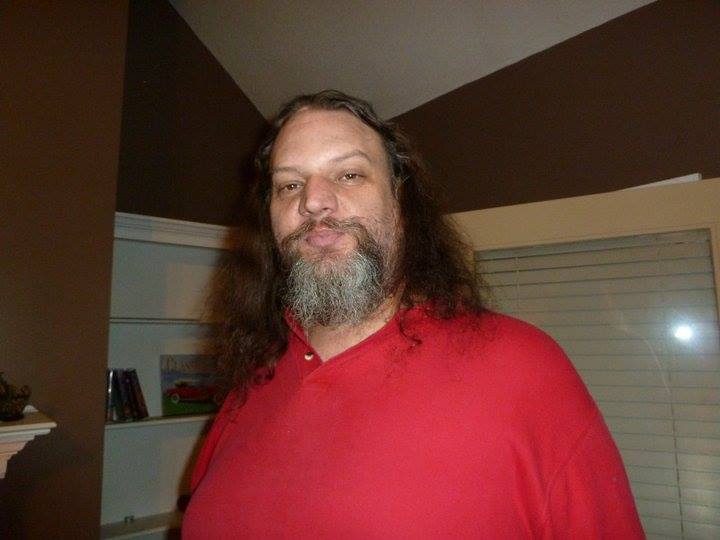 Stuart Bergman, a familiar face at MidSouthCon as co-manager of the dealers room, died October 6 of cancer.

Nicknamed “Shorty” because he was nearly seven feet tall, the Forsyth, Georgia fan was known for serving out drinks of “the blue stuff,” as Elizabeth Donald recalls in her excellent tribute:

Shorty. Smoked like a chimney since long before I knew him, often sharing a pack with Jimmy on the docks outside the dealers’ room before he quit, but sadly, it caught up to him. The cancer struck him hard, robbing him of his hair and trademark beard before it robbed him of his life.

I am angry, because Shorty should have had many more years melting plastic cups with that witch’s brew he called “the blue stuff.” He should have enjoyed many more conventions strolling through the halls and hugging the confolk.

He is survived by his fiancée Becky Wasson, and other family members.