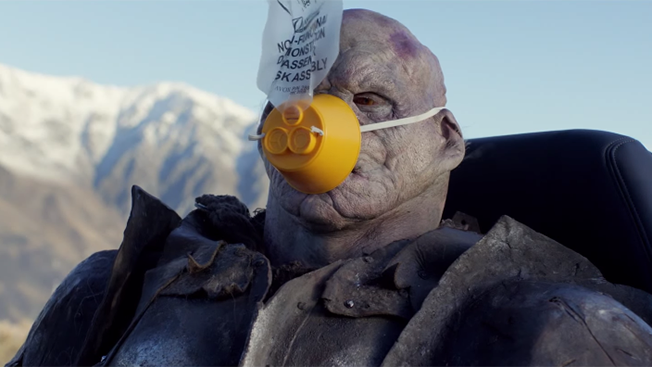 Air New Zealand, the official airline of Middle-earth, is promoting its tie-in to The Hobbit: The Battle of the Five Armies with “The Most Epic Safety Video Ever Made.” Corresponding to the third film in the trilogy, the four-minute video is the sequel to Air New Zealand’s “An Unexpected Briefing” (2012) and “Just Another Day in Middle-Earth” (2013).

As two passengers decked out in gear from The Hobbit hurry to make their flight they sprint past the unlikeliest tribute ever to sport fishing in New Zealand and soon are aboard a flight with Sir Peter Jackson and Elijah Wood, listening to safety instructions from a variety of Elvish and wizardly personnel.

The new video also makes the most ambitious use of locations to date, shot all over New Zealand, including the set of Hobbiton, and it features armies of costumed and CGI orcs and elves, as well as a giant eagle.

[Thanks to Martin Morse Wooster for the link.]