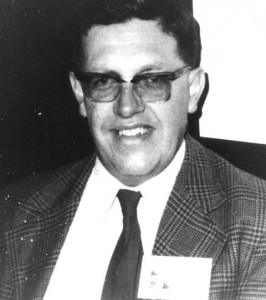 Cockroft had a career with IBM in process control with punched-card decks.

Brooks adds, “The last thing he sent me was a copy of the original Arkham House book The Outsider and Others. There was no note with it, and it may be all that survived the loss of his large collection – it must have been his ‘working copy’, as the dust jacket is worn and the flaps glued down, and there are comment slips (one of them an old IBM card) between the pages.”