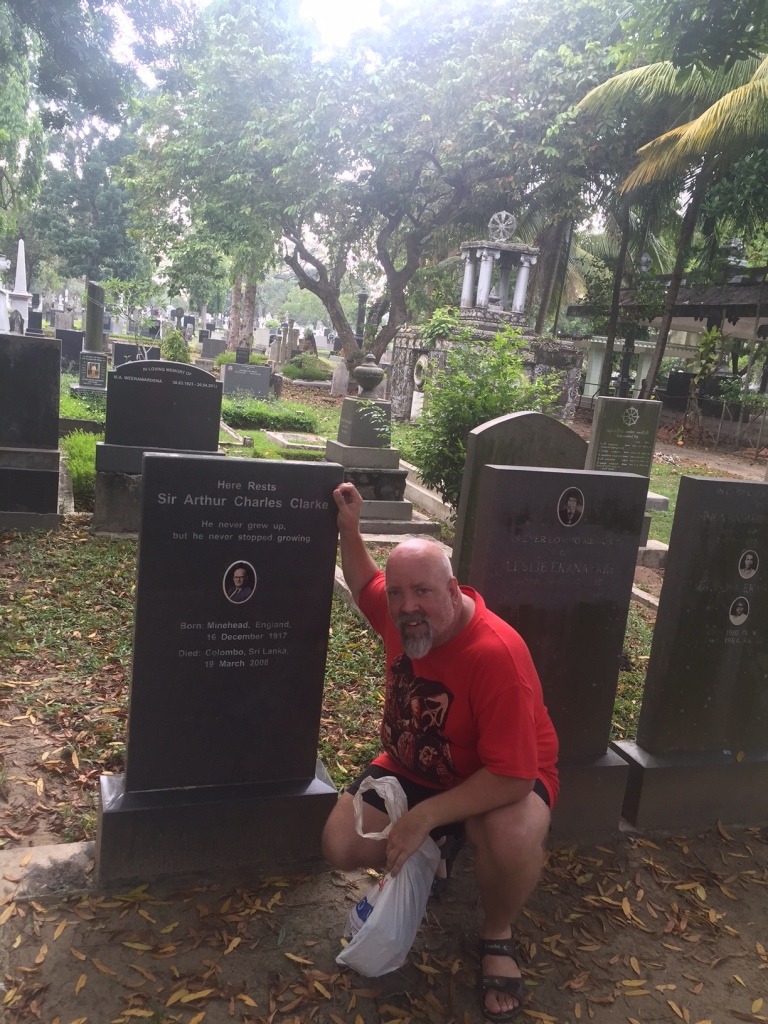 By Hampus Eckerman: While visiting Sri Lanka, I did a quick search to see if there was anything SFnal of interest to find. Of course there was.

Arthur C. Clarke lived in Sri Lanka for over 50 years, having moved there to pursue his interest of Scuba diving and also to escape the anti-gay laws of UK. He had his own diving school in Hikkaduwa on the west coast and served as Chancellor for the University of Moratuwa.

He lies buried in the central graveyard of Colombo, just a few blocks from where he used to live, and is quite well known by the caretakers there as they are used to foreign visitors who wants to pay tribute.

The photo above pictures me between the grave of Clarke and Leslie Ekanayake, Clarke’s “perfect friend” who he was in a relationship with. Ekanayake died 30 years before, which explains why the gravestone is looks as timeworn as it is.

The text on Clarke’s headstone says:

“He never grew up,
But never stopped growing.”

[Today is the eighth anniversary of Arthur C. Clarke’s death.] 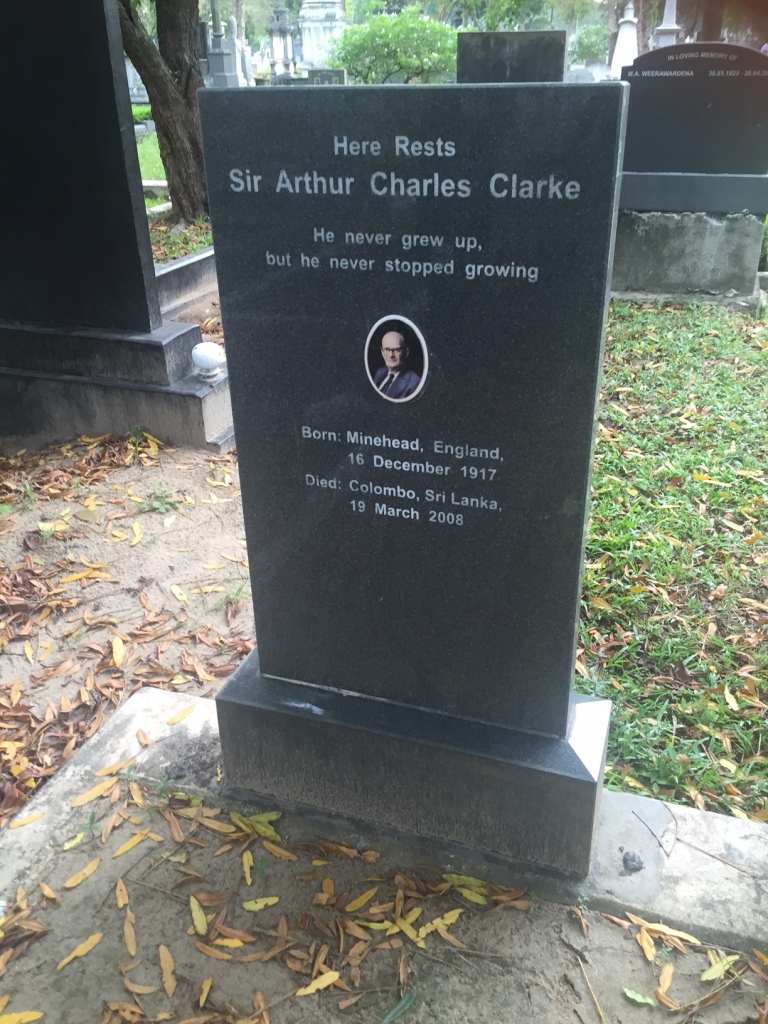