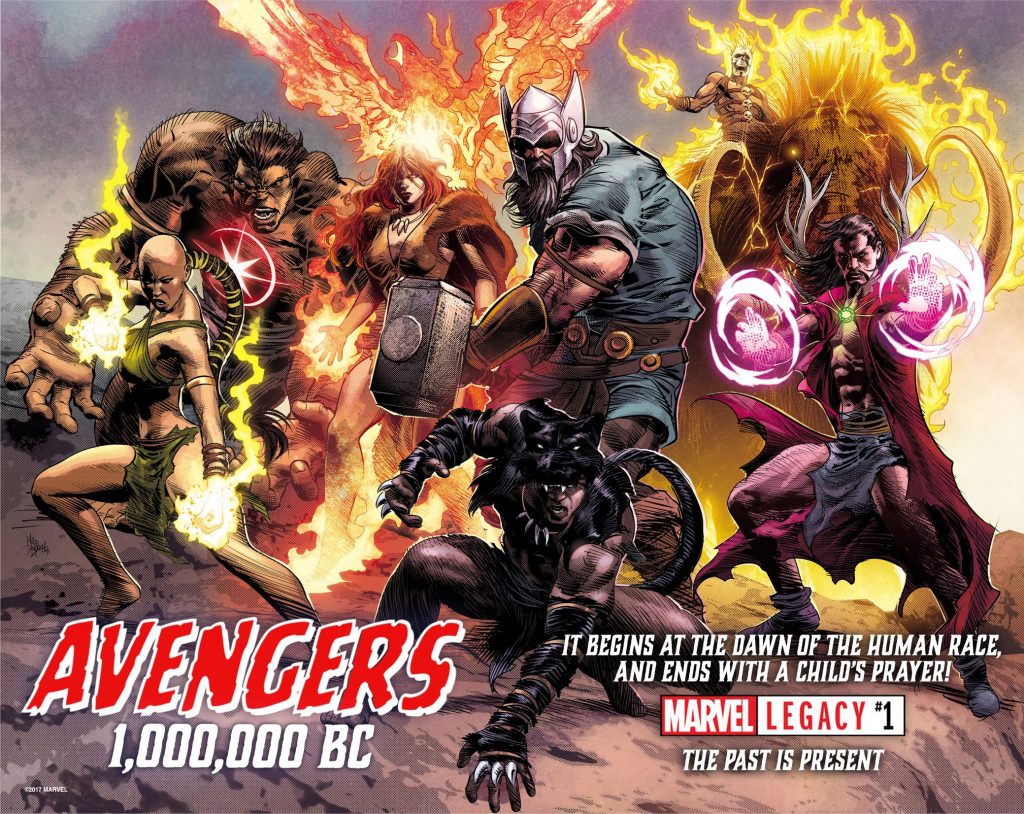 [Based on a series of press releases – because I love the art.]

MARVEL LEGACY #1 introduces the AVENGERS OF 1,000,000 BC – and that’s only the opening of the most important comic story of the year!

This fall, MARVEL LEGACY #1 will guide you through the pages of time, back to the dawn of 1,000,000 BC – when the very first Avengers took up the responsibility of being heroes. And this action-packed 50-page issue is just the tip of the iceberg for the coming MARVEL LEGACY, which finds all of Marvel’s heroes on journeys that will change them forever.

MARVEL LEGACY #1 provides the starting point for more than a year’s worth of stories. Mysteries, returns, and infinite possibilities await Marvel readers. This is the one comic no one will want to miss, and what better way to debut it than with a party!

FOOM Magazine also returns, and will be presented in a format similar to the fan favorite magazine of the 70’s. Included within its pages are in-depth articles about the creation of MARVEL LEGACY, an overview of the many EIC’s that have forged Marvel Comics over the years, an examination of the Marvel bullpens of the past, a spotlight on the Infinity trilogy, a guide from Deadpool that looks ahead to his newest Legacy book – and so much more! 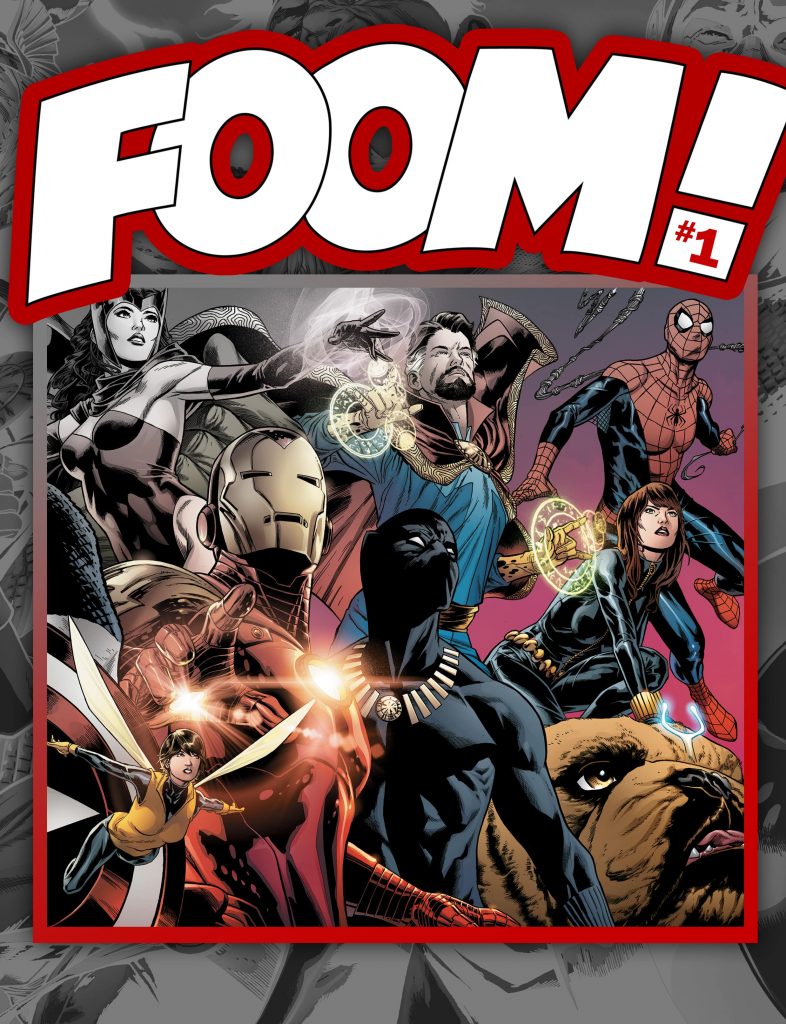 WHO SENT THE CALL FROM PLANET HULK?

WHAT IS HUNTING FOR THE INFINITY STONES?

WHERE IN THE WORLD IS CAPTAIN AMERICA?

WHEN WILL THOR FIGHT THE WAR OF REALMS?

WHY DOES JEAN GREY JOURNEY TO CANADA?

HOW HAS THE BODY OF IRON MAN DISAPPEARED?