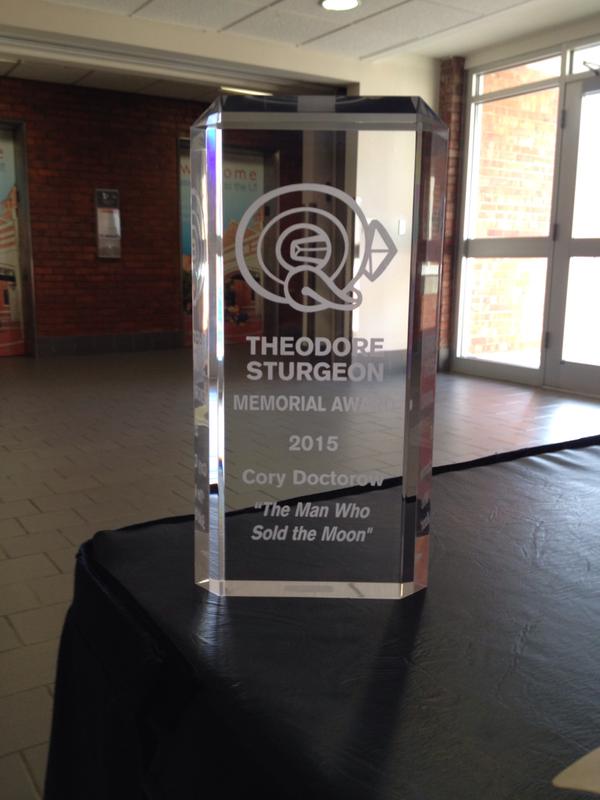 Cory Doctorow’s “The Man Who Sold the Moon” is the winner of the 2015 Sturgeon Memorial Award for the best short science fiction of 2014.

The award was presented at the Campbell Conference in Lawrence, KS on June 12 and accepted on Doctorow’s behalf by Joey Eschrich.

The winning story appeared in the anthology Hieroglyph: Stories and Visions for a Better Future edited by Ed Finn and Kathryn Cramer.