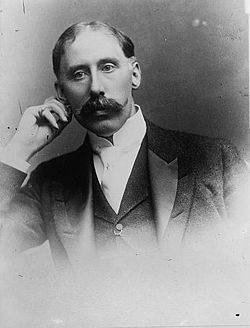 The Pulpfest Organizing Committee has announced the 2016 Munsey Award nominees. Named for Frank A. Munsey, publisher of the first pulp magazine, the award recognizes someone who has contributed to the betterment of the pulp community through disseminating knowledge, publishing, or other efforts to preserve and to foster interest pulp magazines. The winner will be selected by a committee made up of all the living Lamont, Munsey, and Rusty Award recipients and named July 23 at PulpFest.

No one was nominated for a 2016 Rusty Award, the convention’s service award named for Rusty Hevelin. The 2016 Lamont winner is reported in another post.

CAMILLE CAZEDESSUS has been publishing a fanzine devoted to pulp fiction for more than fifty years, first as ERB-DOM and later as THE FANTASTIC COLLECTOR. All told, he has edited and published almost 250 issues, as well as several books. ERB-DOM won a Hugo Award in 1966. In the late nineties, Caz rechristened his fanzine as PULPDOM, a publication devoted to “studying the authors that wrote for the pulps and reprinting the ‘fantastic adventure’ type stories from pulp magazines.” Caz continues to publish PULPDOM today as a free, online pulp fanzine.

RON FORTIER has been a professional writer for three decades. In 2007, Ron teamed up with illustrator Rob Davis to start Airship 27 Productions and build a home for new adventures featuring long moribund pulp characters such as the Green Lama, the Masked Rider, Secret Agent X, and Fortier’s own version of Ace Periodicals’ Captain Hazzard.

JOEL FRIEMAN worked for many years in the publishing industry. He was the person most responsible for taking The Shadow to a new paperback house, Pyramid/Jove, after it had failed at Bantam Books. It was Joel who worked to have Jim Steranko do the covers for the new Shadow line.

CHRIS KALB is known in pulp circles for his hero pulp websites, like The 86th Floor and The Spider Returns, ventures that have helped to attract people who are new to the pulps. There isn’t anyone out there making better use of all the new technology while still preserving the “oldness” of pulps and popular culture.

WILLIAM LAMPKIN is a freelance writer/editor and publication designer who has spent much of his work life in the newspaper field, much like Rambler Murphy (but without the cool nickname and crime-solving). Like many from his generation, Bill discovered the pulps through paperback reprints of Edgar Rice Burroughs, Robert E. Howard, The Shadow, Doc Savage, and The Spider. He bought his first actual pulp in the seventies. Bill runs The Pulp.Net, which he created in 1996, and also writes the Yellowed Perils blog. He founded the Facebook group Southern Pulpsters in 2015.

LAURIE POWERS is the granddaughter of pulp author Paul S. Powers, Laurie was introduced to the pulp community in 2007 through the publication of PULP WRITER: TWENTY YEARS IN THE AMERICAN GRUB STREET, an autobiography and appreciation of her grandfather. Laurie also publishes Laurie’s Wild West, an Internet blog site that has become a favorite destination for those interested in the pulps.

PHIL STEPHENSEN-PAYNE is a prolific bibliographer and pulp researcher based in the United Kingdom. For many years, he has been compiling extremely useful “working bibliographies,” (often in collaboration with the late Gordon Benson, Jr.) of speculative fiction writers, many of whom got their start writing for the pulps. These bibliographies, numbering about sixty, are some of the best reference resources available today in the area of science fiction and fantasy. Additionally, his Galactic Central website contains an online checklist of all known fiction magazines that is attempting to include the cover to every such magazine ever published. It also indexes bibliographies, pulps, science fiction magazines, and other genre magazines.

HOWARD WRIGHT has been publishing the Doc Savage fan magazine THE BRONZE GAZETTE for the past 25 years. His final issue of the GAZETTE was published at the beginning of this year. The magazine will be continued by Terry Allen, Kez Wilson, and Chuck Welch, creator of the Hidalgo Trading Company and a member of the PulpFest organizing committee.

DAN ZIMMER has been working to promote greater awareness of pulp artists by producing and distributing ILLUSTRATION MAGAZINE since 2001.