The winner of Sci-Fest LA’s Tomorrow Prize for the best sci-fi story written by a Los Angeles high school student was won by Matilda Berke for “Rock Star.” She won a $1,000 scholarship from US Bank.

The award was presented at a ceremony on May 14 during which celebrities read all the finalists aloud to an audience. 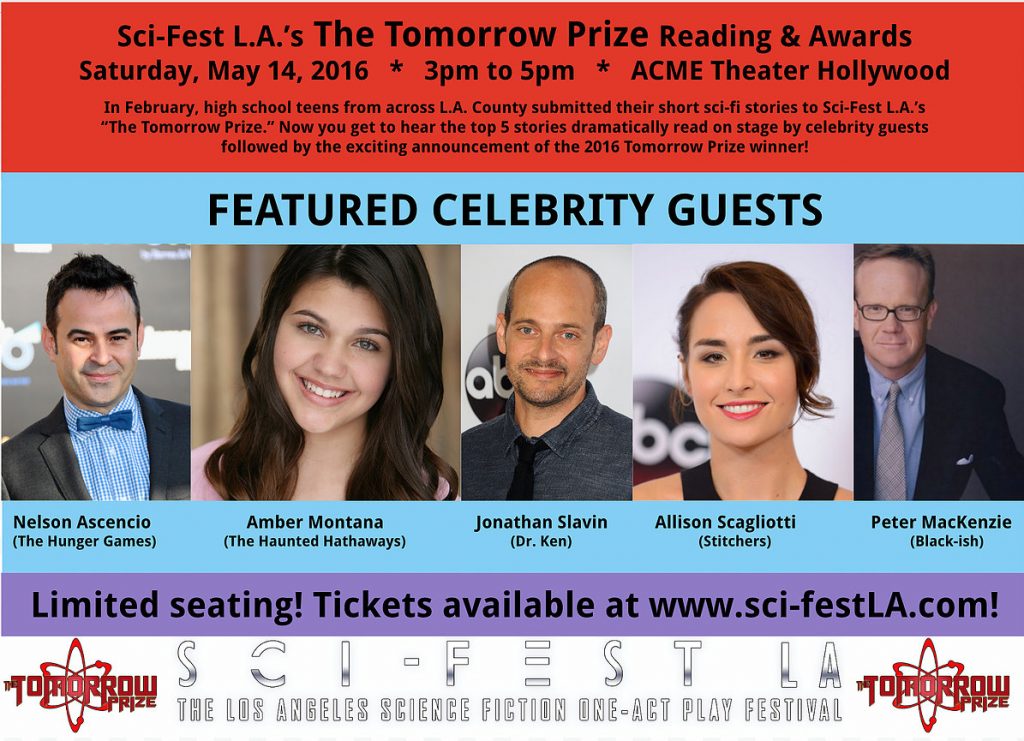